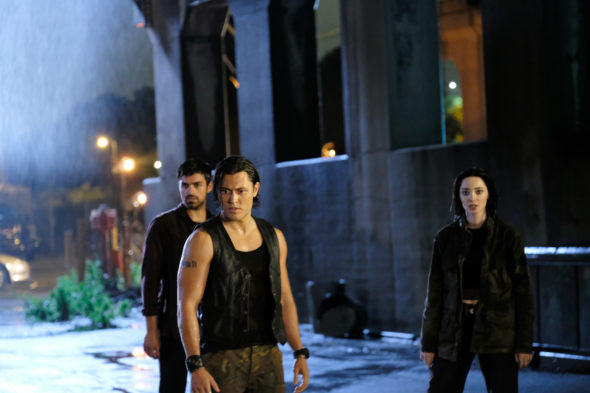 How well do the Struckers adapt to life on the run during the first season of The Gifted TV show on FOX? As we all know, the Nielsen ratings typically play a big role in determining whether a TV show like The Gifted is cancelled or renewed for season two. Unfortunately, most of us do not live in Nielsen households. Because many viewers feel frustration when their viewing habits and opinions aren’t considered, we’d like to offer you the chance to rate all of The Gifted season one episodes here.

What do you think? Which season one episodes of The Gifted TV series do you rate as wonderful, terrible, or somewhere between? Should FOX cancel or renew The Gifted for a second season? Don’t forget to vote, and share your thoughts, below.

Would love to see a season three and make a come back. I rarely get into shows especially with magic or powers but this has my favorite show since watching one episode with my sister and going crazy thinking about it.

Please make season 3 of the tv show The Gifted

Love this one! Better than some of the other mutant ones great cast! Big fan of Amy Acker

Want this show to continue, though I am sad to see some of the characters who have been killed off.

I love this show! Please renew