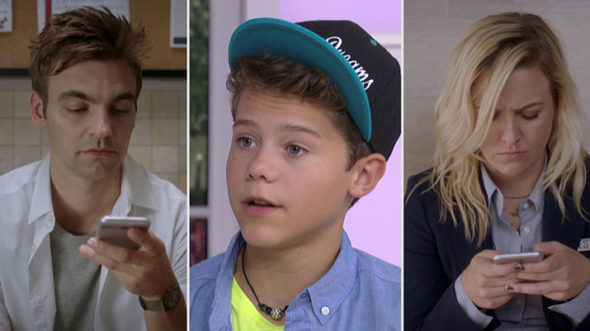 It seems some SNL vets are ready for primetime. Comedy Central has ordered The Other Two TV show to series. Former Saturday Night Live co-head writers Chris Kelly and Sarah Schneider created and are writing the sitcom, which hails from Lorne Michaels’ Broadway Video.

NEW YORK, October 17, 2017 — Chris Kelly and Sarah Schneider are moving to prime time as Comedy Central has ordered the Broadway Video scripted series The Other Two from the award-winning former co-head writers of Saturday Night Live, it was announced today by Kent Alterman, President, Comedy Central. Lorne Michaels will serve as one of the series’ executive producers.

Created by, written by and executive produced by Kelly and Schneider, who recently departed Saturday Night Live after serving as co-head writers during one of the series’ most memorable seasons, The Other Two stars Drew Tarver (Bajillion Dollar Propertie$) as a 29-year-old aspiring actor wondering why he can’t get better auditions than “Man At Party Who Smells Fart,” and Heléne Yorke (Masters of Sex, High Maintenance) as his 30-year-old sister, and former professional child dancer, Brooke, who aspires to be anything other than what she is right now. As the two siblings work towards finding themselves, they must also confront the dueling emotions of envy and pride brought on by the overnight internet fame of their younger brother, 12-year-old Chase, played by real-life muscal.ly sensation Case Walker. The Other Two will also feature Molly Shannon, who plays the siblings’ Hollywood-ready mother, and Ken Marino (Party Down), as ChaseDream’s newly-hired manager.

Said Alterman, “We are excited for our first scripted show about family, mostly because we did research and discovered that nearly 100% of our audience comes from them. Plus, hearing Chris and Sarah’s names called out so much at the Emmys didn’t hurt.”

Said Kelly and Schneider, “We are so excited to make this show with Comedy Central, our incredible cast, and our joint biological father Lorne Michaels, who will be making a cameo in at least one episode, and is finding that out right now.”

Promoted last year to co-head writers, Kelly and Schneider had been writers for Saturday Night Live since 2011. In addition to his time at Saturday Night Live, Kelly has written for Comedy Central’s Broad City and also wrote and directed the feature film, Other People, which earned 2017 Indie Spirit Award nominations for best first feature and best screenplay (and earned a Spirit Award for star Molly Shannon). Schneider has written for the Netflix series Master of None and, prior to her time at Saturday Night Live, was a writer and actress for CollegeHumor Originals.

Comedy Central put The Other Two into development, as “Untitled Chris Kelly And Sarah Schneider Project,” back in April of 2017.

What do you think? How do you like the sound of The Other Two TV series? Do you plan to check out season one, when it premieres on Comedy Central?