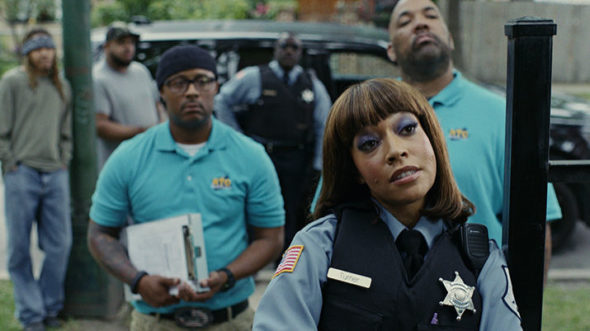 Welcome to the Windy City. Comedy Central has ordered the South Side TV show to series. South Side, however, is still a working title, so we’ll keep our eyes peeled for any changes and let you know. Back in April of 2017, the cable network announced it was developing the then untitled project from Late Night with Jimmy Fallon alum Diallo Riddle and Bashir Salahuddin, with Sultan Salahuddin. The press release notes the Salahuddin brothers grew up on the South Side of Chicago.

A scripted workplace comedy, South Side will be executive produced by Riddle, Bashir Salahuddin, and fellow Late Night vet Michael Blieden. Set in the South Side’s Englewood neighborhood, at a rent-to-own store, the Comedy Central TV series centers on two old friends who are trying to make it, despite all of the stumbling blocks in their paths.

NEW YORK, October 17, 2017– Comedy Central is heading to the South Side as the #1 brand in comedy has ordered the scripted series South Side (working title), it was announced today by Kent Alterman, President, Comedy Central. Written by brothers Bashir Salahuddin (Glow) and Sultan Salahuddin, who were raised on the south side of Chicago, and Diallo Riddle (Marlon), South Side will be executive produced by Late Night with Jimmy Fallon alums Diallo Riddle, Bashir Salahuddin and Michael Blieden.

At its core, South Side is an ensemble workplace comedy set in and around a rent-to-own store in the working class neighborhood of Englewood on the South Side of Chicago. The scripted series centers around two longtime friends trying to better their lives despite the numerous socioeconomic and political obstacles they face on a daily basis, authentically exploring the ups and downs of the ensemble of characters, as well as the people they come into contact with while on the job and off-the-clock. The series will tap into the rich local talent pool of Chicago to further add to its authentic look and feel.

““I’m not great at geography, but South Side is right where it needs to be – on our air,” said Alterman.

“Though Chicago is often viewed in a negative way these days, our show aims to find joy in the fuller picture of the city. Chicago, and specifically the South Side of Chicago, is a diverse place where families live, where people laugh, where kids have dreams and goals and yes, even some good times. It’s a special place full of unique experiences, a place some of us call home,” said executive producers Salahuddin, Riddle and Blieden.

What do you think? How do you like the sound of Comedy Central’s South Side TV series? Would you keep this working title? If not, what should it be called? Let us know, below.