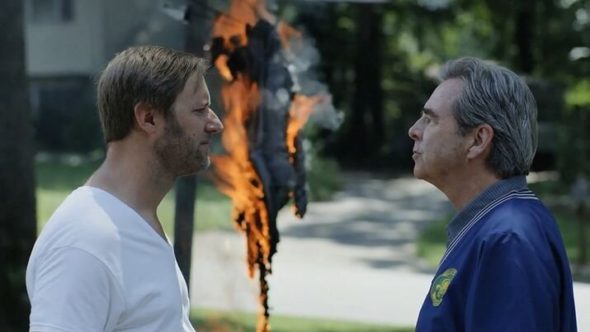 Are you ready for Robbie? Comedy Central just announced they are releasing the entire first season of their new TV show later this week.

The comedy series stars Rory Scovel as a small town youth league basketball coach living in his father’s shadow, until he realizes he has a son of his own who can lead him to greatness. The cast also includes Beau Bridges, Sasheer Zamata, and Mary Holland.

Robbie launches its premiere episode on Comedy Central on May 7th at 11:45 p.m. ET/PT. Following the TV premiere, all episodes of Robbie will be available to watch via Comedy Central’s YouTube channel, the Comedy Central app, website, and On Demand.

This May, Comedy Central will be binge-releasing Robbie, an all-new, original, scripted comedy series from stand-up comedian and actor, Rory Scovel (I Feel Pretty, Rory Scovel Tries Stand Up For The First Time).

· During this unprecedented moment in history when Americans are spending the majority of their time at home, Comedy Central will be making the full season of Robbie available to binge-watch online and through the brand’s various viewing platforms.

· The season premiere episode will first debut on Comedy Central’s linear channel on Thursday, May 7 at 11:45 p.m. ET/PT, after an all-new episode of late-night franchise, The Daily Show with Trevor Noah.

Robbie is a half-hour scripted series starring Rory Scovel. Robbie is a small town youth league basketball coach living in his father’s shadow, until he realizes he has a son of his own who can lead him to greatness. Robbie is written by Rory Scovel and Anthony King (Broad City, Silicon Valley). Co-starring with Rory are Beau Bridges, who plays his father, Sasheer Zamata and Mary Holland. Scovel, King, and Scott Moran are executive producers. Will Ferrell, Adam McKay, Betsy Koch and Owen Burke are executive producers for Gary Sanchez Productions.”

What do you think? Are you a fan of Rory Scovel? Will you check out Robbie?