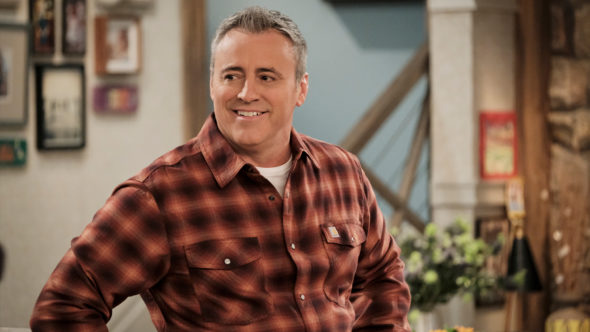 CBS apparently has no more plans for Matt LeBlanc. The network just announced they’ve cancelled the  Man with a Plan TV show so there won’t be a fifth season.

The Man with a Plan sitcom stars LeBlanc as an old-school contractor named Adam who is trying to adapt to the demands of modern family life. Now Adam and his wife, Andi (Liza Snyder), are running a house-flipping business with Adam’s quirky brother Don (Kevin Nealon) and unlikely friend Lowell (Matt Cook), with a surplus of input from Adam’s other family and friends.

Airing on Thursday nights, season four of Man with a Plan is averaging a 0.73 rating in the 18-49 demographic and 6.23 million viewers. Compared to season three, that’s a 16% decrease in the demo ratings and a 17% increase in general viewership. That makes Man with a Plan one of CBS‘ top-rated comedy series for the 2019-20 season.

With decent ratings, it’s unclear why Man with a Plan was cancelled. However, it’s believed that the series is an expensive one to produce so, the cost may have played a major factor in the decision.

What do you think? Do you watch Man with a Plan? Would you have watched season five of this CBS comedy series?

We love Man with a plan! The funniest show on CBS! Anything you send to Paramount + dies! We hate streaming!!!

Please nring this show back. Its so hard to find a clean family comedy series. My whole family enjoyed watching it.

I watch man with a plan over and over again. I’ve watched the first four seasons all at least ten times. Maybe even twenty. I’ve been waiting for season five. Please don’t cancel!!!!!

this sucks! we miss this show. you should bring it back!

Boo!! I liked this show, and was not happy that they canceled it.