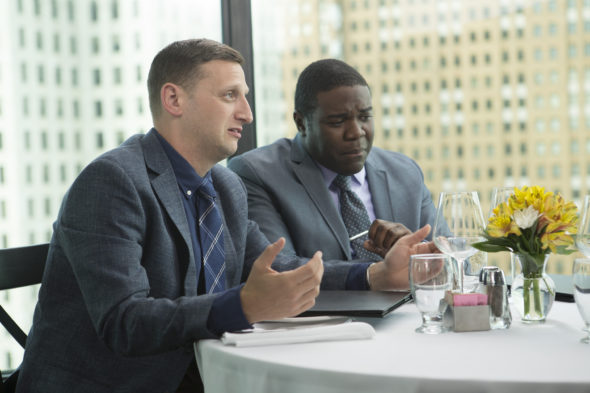 Comedy Central is headed back to The Motor City. Today, the network announced season two of Detroiters will premiere in June.

Season two of Detroiters is almost here! The series will premiere with back-to-back half-hour episodes on Thursday, June 21 at 10pm ET/PT and then each Thursday at 10:30pm ET/PT through finale.

Detroiters stars real-life best friends and Detroit natives Sam Richardson and Tim Robinson as small-time ad men in the Motor City. Whatever they do, they do it together. And no matter what, Tim and Sam’s love for each other and their city never wavers. In the second season, Tim and Sam work with bigger clients including the Michigan Science Center; Sam pursues new romantic interests; Tim’s brother starts working at Cramblin Duvet and has a disruptive effect on the office; and the guys produce an ad with their hero, legendary Detroit news anchor, Mort Crim.

What do you think? Have you seen Detroiters? Will you watch season two?