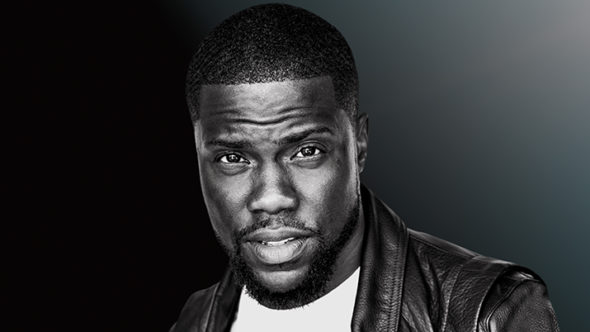 Are you a fan of stand-up comedy? Recently, Comedy Central announced Kevin Hart Presents: The Next Level will premiere its second season in August.

Season two of Kevin Hart Presents: The Next Level will premiere on Comedy Central on August 3rd at 11 p.m. ET/PT.

NEW YORK, July 23, 2018 – Kevin Hart Presents: The Next Level is back with an all-new roster of Kevin Hart-approved stand-up comedians taking the next step in their careers: a televised half-hour special. Season 2 kicks off on Friday, August 3 at 11:00 p.m. ET/PT on Comedy Central. Each episode spotlights a single performer, opening on an interview with Hart that leads into a special from the featured comedian.

“I can’t wait to show the world what they’ve been missing in these six amazing talents,” said Hart. “The Next Level is the country’s opportunity to get in on the ground floor with the next generation of stand-up headliners.”

T Murph is a comedian that broke out of the Chicago comedy scene and has been rising quickly ever since. In addition to The Next Level, he can be seen in the next season of the Epix crime dramedy Get Shorty and in TruTV’s standup/storytelling showcase Laff Mobb’s Laff Tracks. T Murph’s recent TV credits include Wild N’ Out (MTV), Key & Peele (Comedy Central), Comic View (BET), and Chicago Fire (NBC). T Murph has performed at the NBC Diversity Showcase, American Black Film Festival (ABFF), New York Comedy Festival, Just For Laughs, and the Second City Breakout Festival. Murph will also be seen Kevin Hart’s Just For Laughs show on Hart’s Laugh Out Loud streaming service and appears regularly on All Def Digital’s Roast Me.

Tacarra Williams got her start in The Bronx, NY, and is known to many in comedy circles as The Beautiful Beast. Williams brings the laughs by drawing on her rough life as a twin and sibling to six others and by daring to be a voice for every woman too afraid to think aloud. She has hit major stand-up stages in New York and Hollywood including Carolines on Broadway, Broadway Comedy Club, The Apollo Theatre, Hollywood Improv, The Comedy Store and The Laugh Factory.

Born and raised in Miami, Florida Malik S. is a triple threat talent and the last of seven children. His stand-up career has given him the opportunity to work as an actor and a network TV writer. Malik currently writes for the CBS sitcom The Neighborhood, on which he also plays the recurring role of Trey. Malik has also written for The Soul Man (TV Land), Legends of Chamberlin Heights (Comedy Central) and The Comedy Get Down (BET). His acting credits include The Soul Man (TV Land, recurring), Blackish (ABC), White Famous (Showtime), Zoe Ever After (BET), Born Again Virgin (TV One), and The Comedy Get Down (BET).

Jeff Horste previously appeared in the Detroit episode of Kevin Hart Presents: Hart of the City on Comedy Central, and is now stepping into the spotlight with his own episode of Kevin Hart Presents: The Next Level. He is a versatile performer who can adapt a variety of subjects for diverse audiences and has worked in some of the top clubs and festivals throughout the country. He has appeared on the Fox TV show Laughs, and has performed in Atlanta’s Laughing Skull Comedy Festival, the Boston Comedy Festival, and the Oddball Comedy & Curiosity Festival.

Ron G. is an actor, comedian and producer who currently stars in the lead role, ‘Lewis,’ on the Nickelodeon television series Cousins for Life. Ron also served as a consulting producer on the Emmy(R) Award-winning CNN series United Shades of America. Originally from Columbia, SC, Ron relocated to Atlanta, Georgia to begin his stand-up comedy career. In addition to winning APCA College Comic of the Year, Ron was a finalist on NBC’s Last Comic Standing. Ron has also recurred on HBO’s hit television series Insecure and has guest starred on numerous television shows, including Stuck in the Middle (Disney Channel) and Shut Eye (Hulu). Ron most recently appeared in the Lionsgate feature film #Twominutesoffame, starring Jay Pharoah and Katt Williams.

Marvin Hunter discovered his passion for writing and performing comedy while serving in the U.S. Navy. His unique sense of humor and unabashed point of view developed from his countless overseas deployments during a military service that spanned more than 20 years, his upbringing in the Deep South by a no-nonsense Civil Rights activist of the 1960s, and all of the absurdities of life along the way. For these reasons, Marvin is known as the Grumpy Uncle (#grumpyuncle) on the comedy scene worldwide. In addition to Kevin Hart Presents: The Next Level, Marvin has previously appeared on the “Mississippi” episode of Kevin Hart Presents: Hart of the City (Comedy Central), Off the Chain (Bounce TV), Comedy Dynamics: Uncontrolled Comedy (BET), The Haves and Have Nots (OWN), Jamie Foxx’s The Foxxhole (SiriusXM Radio), and the Steve Harvey Morning Show. Currently, Marvin graces stages from coast-to-coast and can be seen on the Ricky Smiley & Friends Comedy Tour. He can also be heard on Kevin Hart’s Laugh Out Loud SiriusXM Radio.

Leading up to the on-air premiere, cc.com/TheNextLevel and the CC App will feature clips from the series, and full episodes of Kevin Hart Presents: The Next Level will be available the day of premiere on the Comedy Central App and cc.com. Fans can follow Hart on Twitter at @KevinHart4Real and Comedy Central Stand-Up at @standup, and can tweet about the series using the hashtag #TheNextLevel.

Hart is one of the foremost comedians, entertainers, authors and businessmen in the industry today. Hart is currently on the road with his new one hour material titled the Kevin Hart: The Irresponsible Tour. Produced by Live Nation, this new hour of comedy will bring Hart to over 115 cities globally, and tickets are available at LiveNation.com. On September 28, 2018 Kevin will be seen in the comedy Night School for Universal Studios. Hart co-wrote and produced the movie under his HartBeat Productions banner and will co-star opposite Tiffany Haddish.

In 2017, his memoir “I Can’t Make This Up: Life Lessons” debuted at number one on the New York Times Bestseller list and has remained on the list for nine consecutive weeks. Additionally, Hart appeared in the Sony reboot of the classic film Jumanji alongside Dwayne Johnson and Jack Black. Jumanji grossed over $900 Million at the Global Box office and was Sony’s second highest grossing film of all time. Hart’s multi-city domestic and international WHAT NOW comedy tour sold out arenas all over the world, grossing over $100 million worldwide, and was released as a feature film by Universal Pictures.

Kevin Hart Presents: The Next Level is produced by HartBeat Productions and executive produced by Hart, Dave Becky of 3 Arts Entertainment, Leland “Pookey” Wigington and Neal Marshall. Anne Harris and Jackie Sosa are Executives in Charge for Comedy Central.”

What do you think? Have you seen Kevin Hart Presents: The Next Level? Will you check out the next season?