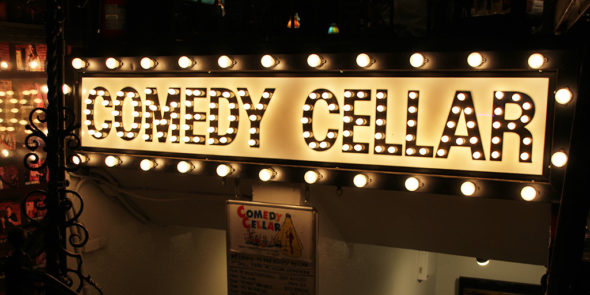 This Week at the Comedy Cellar is sticking around for another season. Comedy Central has announced both the renewal and premiere date for the new season. The series will return with new episodes in February. The series features stand-up comedians, both new and old, as they tackle the week’s hot topics.

Comedy Central revealed the following about the return of the series in a press release. Check that out below.

“Comedy Central has renewed its weekly stand-up series This Week at the Comedy Cellar for a third season, premiering Friday, February 21 at 11:00 p.m. ET/PT showcasing the best stand-up sets from the stage of New York’s most famous comedy club. The six-episode series will hit a variety of topics week to week, providing fans an intimate view of the performances along with engrossing offstage discussions among the comics.

“We’re excited for the return of This Week at the Comedy Cellar which has resonated with comics and fans alike since its debut in 2018,” said Sarah Babineau and Jonas Larsen, Co-Heads of Original Content for Comedy Central.

Interspersed among the stand-up sets is a one-of-a-kind look at the famed Comedy Cellar “comics’ table,” where featured comedians have scintillating conversations and engage in good-natured ribbing. Each episode also features a Comic Spotlight profiling a specific comedian from the series. Click here for a playlist of past season’s spotlights.

Comedy Central will also post more stand-up sets than ever before this season and extended comedian roundtable discussions on the Comedy Central Stand-Up YouTube Channel (874k). In addition, full episodes of This Week at the Comedy Cellar will be available the day after premiere on the Comedy Central App and cc.com/StandUp. Fans can follow the social conversation about the series on Instagram @ccstandup (442k) and Twitter @StandUp (82k).

What do you think? Have you ever watched this stand-up comedy series? Will you watch season three?