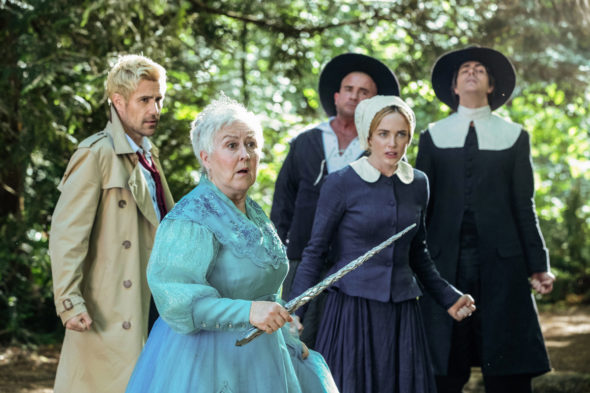 Are the Legends getting the job done during the fourth season of DC’s Legends of Tomorrow TV show on The CW? As we all know, the Nielsen ratings typically play a big role in determining whether a TV show like DC’s Legends of Tomorrow is cancelled or renewed for season five. Unfortunately, most of us do not live in Nielsen households. Because many viewers feel frustration when their viewing habits and opinions aren’t considered, we’d like to offer you the chance to rate all the DC’s Legends of Tomorrow season four episodes. **Status update below.

**1/31/2019 Status Update: DC’s Legends of Tomorrow has been renewed for season five on The CW. Details here.

It obvious turned into a chick flick, so thats why women love s4 and men hate it, reactions here and on other forms confirm that.

Best season yet, thanks to constantine.

I just love the legends of tomorrow. I can sit and bring watch the reruns please continue the series

Legends of Tomorrow must be cancelled. The chapters are very no senses and the actuation of the characters every day is the worse thing.

Love for DC,legends of tomorrow will be renewed for more seasons