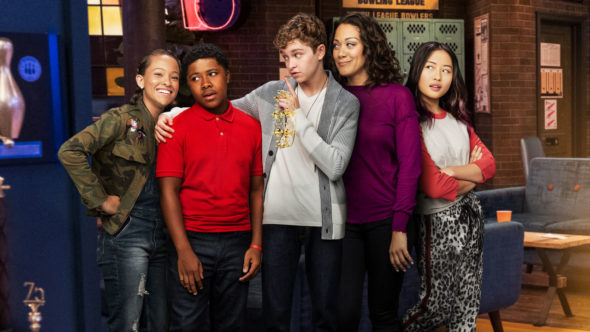 A serious student, Teddy tends to spend his time tinkering on robots, and his other creations, and dreaming of MIT’s Summer Robotics Program. He has decided that this will be the “Year of Teddy.” Regina, however, worries that he is missing out on having fun and hanging with other kids, especially since his father died. To remedy that, she has signed the family up to host a foreign exchange student.

The Jacksons live adjacent to and run a Peoria, Illinois bowling alley called Spare Time. Little do they suspect that their guest student is the Prince of Buronia, a small, wealthy island nation in the North Sea, due east of Edinburgh, Scotland. Wanting to fit in, Emil has decided to pose as the son of a moose farmer, in order to escape any undue attention because he’s a royal.

The problem is Emil has lived a cloistered existence. His life in Buronia was full of duties like scheduled appearances, and although they’re very different, like Teddy, he is in need of friends. Unfortunately, his main source of information on friendship — as well as life in America — comes from Stankman & Daryl, a Jackass-style web series, starring obnoxious real-life friends Stankman (Zagoria) and Daryl (Wernick).

Emil’s father, the King (McClain), is dead-set against Emil’s plan, but Buronia’s royal charter stipulates that when a prince states his wish at his Bakshal (the celebration of his 13th birthday), it must be granted. He ends up allowing Emil to depart for the States, but sends Buronian Royal Guard First Officer Joosep (Hogan) to keep an eye on the boy.

It’s not long before Teddy learns Emil’s true identity, and although his new guest gets on his nerves, he decides to keep the royal secret, in order to allow Emil a chance to lead a normal life. This could be the beginning of a beautiful friendship.

What do you think? Do you like the Prince of Peoria TV series? Should this Netflix TV show be cancelled or renewed for another season?

Get season 3 plz. We need Prince of Peoria. It was so so good, so hilariously funny.