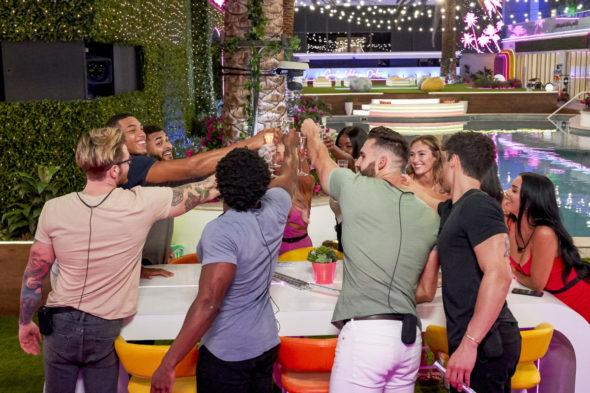 CBS is still in love with this summer dating reality TV series. The network has renewed Love Island for a third season which will film in Hawaii. The announcement was made via Twitter.

Love Island is based on the British show of the same name. Arielle Vandenberg hosts the matchmaking competition program which, in its second season, unfolds in a stunning villa in Las Vegas. Single “Islanders” meet and romance each other, hoping to form a relationship. “Islanders” who don’t manage to become part of a couple are at risk for elimination. From time to time, the show introduces new people into the mix to shake things up. The two contestants who are still part of a couple at the season’s end win the game and the chance to leave with both love and a cash prize.

The second season of Love Island averaged a 0.41 rating in the 18-49 demographic and 1.82 million viewers. Compared to season one, that’s down by 12% in the demo and down by 17% in viewership. Season two episodes aired multiple times a week, between August 23rd and September 30th. It was delayed due to the pandemic.

I GOT A TEXT…Love Island is BACK for Season 3 and this time we're saying aloha to Hawaii 🌺 pic.twitter.com/i2kIeciQdm

What do you think? Did you watch the second season of the Love Island TV show? Will you tune in for season three on CBS?

I totally agree! This is TRASH & CBS should be ashamed of themselves for not showing superior programs in favor of this low life special.

Or turning to other forms of entertainment