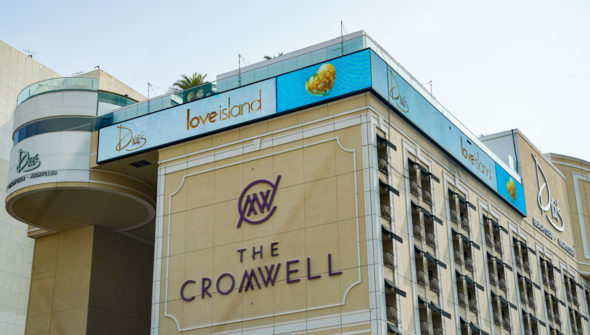 CBS usually has no trouble filling its summer schedule with original programming but, during the COVID-19 pandemic, that’s become a problem and the network has had to air a lot of reruns. The producers of Love Island have found a way to film season two and are, once again, airing multiple episodes each week. Will the ratings rise in season two because there are fewer options available on network television? Will Love Island be cancelled or renewed for season three? Stay tuned.  *Status Update Below.

A dating reality TV series, Love Island is based on the British show of the same name. Arielle Vandenberg hosts the matchmaking competition program which, in its second season, unfolds in a stunning villa in Las Vegas. Single “Islanders” meet and romance each other, hoping to form a relationship. “Islanders” who don’t manage to become part of a couple are at risk for elimination. From time to time, the show introduces new people into the mix to shake things up. The two contestants who are still part of a couple at the season’s end win the game and the chance to leave with both love and a cash prize.

For comparisons: Season one of Love Island on CBS averaged a 0.47 rating in the 18-49 demographic and 2.19 million viewers.

What do you think? Do you like the Love Island TV series on CBS? Should it be cancelled or renewed for a third season?

Not a fan a this show. Requires me to change channels.

This is the stupidest show I have ever seen. Please remove7 it and never bring it back

This is the stupidest show I have ever seen. Please remove7 it and never bring it back

Can’t stand this show. can’t wait for it to be over!!!! I usually watch CBS why do they have such drivel on their station? Please stop!!!!

Why watch
Reply to  Rebecca Hatch

This is one of the worst shows I have ever seen on TV. I watch CBS almost all of the time but I turn this off and watch ANYTHING else

I hope it tanks, and soon! I’d sooner watch a test pattern !