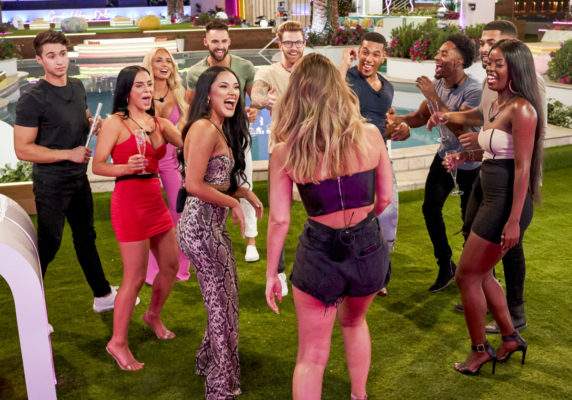 Who will win in the second season of the Love Island TV show on CBS? As we all know, the Nielsen ratings typically play a big role in determining whether a TV show like Love Island is cancelled or renewed for season three. Unfortunately, most of us do not live in Nielsen households. Because many viewers feel frustration when their viewing habits and opinions aren’t considered, we invite you to rate all of the second season episodes of Love Island here.  *Status Update Below.

A CBS dating reality TV series, Love Island is based on the British show of the same name. Arielle Vandenberg hosts the matchmaking competition program which, in its second season, unfolds in a stunning villa in Las Vegas. Single “Islanders” meet and romance each other, hoping to form a relationship. “Islanders” who don’t manage to become part of a couple are at risk for elimination. From time to time, the show introduces new people into the mix to shake things up. The two contestants who are still part of a couple at the season’s end win the game and the chance to leave with both love and a cash prize.

What do you think? Which season two episodes of the Love Island TV series do you rate as wonderful, terrible, or somewhere between? Do you think that Love Island should be cancelled or renewed for a third season on CBS? Don’t forget to vote, and share your thoughts, below.

If you thought by putting this up for debate over & over would make me stop putting in my 2 cents worth or just ignore it you were sadly mistaken. This is total TRASH & should never ever been on the air much less getting picked up yet again! Come on CBS show some dignity for a change & cancel this mess.