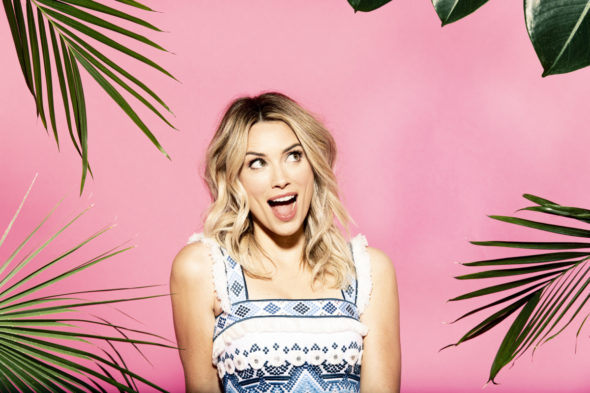 Have fans been marooned? Is the Love Island TV show cancelled or renewed for a second season on CBS? The television vulture is watching all the latest TV cancellation and renewal news, so this page is the place to track the status of Love Island, season two. Bookmark it, or subscribe for the latest updates. Remember, the television vulture is watching your shows. Are you?

The first season of Love Island averaged a 0.47 rating in the 18-49 demographic and 2.19 million viewers. Find out how Love Island stacks up against the other CBS TV shows.

Will CBS cancel or renew Love Island for season two? The ratings are quite low but, the network has indicated that they are seeing positive streaming numbers and understand it’s tough to establish a new summer reality show. They could go either way on this one. I’ll keep an eye on the Nielsens and update this page with breaking developments. Subscribe for free Love Island cancellation or renewal alerts.

8/1/19 update: CBS has renewed the Love Island TV show for a second season.

What do you think? Do you like the Love Island TV series on CBS? Should it have been cancelled instead of renewed for a second season?

I forget to see it. This was my biggest problem with the show. I looked up the show cast everyone on there had a claim to fame of being a brother or sister or kid or ex of an person that does $20 aoutograh now. Or a brother, sister, kid, ex, that sold $15 tickets two years back. And was like no cast reagual people or celebriy. Don’t cast celebrity best unknown friends kind of deal. And I don’t hear about anyone of them visiting. How hard is it to get a sibling or parent to make a visit. It… Read more »

Please cancel this show.if they could not say like it would be a silent movie

Ok so it been ten days not including when Clif had jack on the block I always honest if he not put up on tonight episode I will give love island an try.

CBS has forgotten, or more appropriately, abandoned their core audience. Since CBS’s shows have primarily been sitcoms and murder mysteries, it’s reasonable to assume that they have been the “most watched network” because most people want to watch these genres. As an avid CBS fan who has watched CBS shows almost exclusively for years, I’m disgusted with the decision to carry Love Island 5 days a week during prime time. Please go back to shows that appeal to your core audience.

If both jack Matthew is still in the big brother house and not on the block in the next ten days. I will give this show an chance. Am not counting any days that he on the block for any reason though. I give this show a quick review check on 3 website and figure it out at 13 out of 21 say it good so am only planning it to be an 61.90% D- show. Hopefully am wrong and it actually good

I am done with this show! No longer watching this again and hope it is cancelled.

Total trash! Cancel this one ASAP!