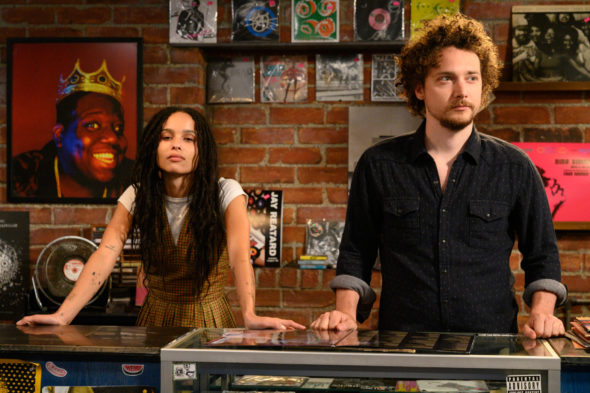 You can put down your headphones. Hulu has cancelled the High Fidelity TV show so there won’t be a second season of the music store series.

Based on the 1995 novel by Nick Hornby and the 2000 John Cusack movie, the comedy-drama series centers on Rob Brooks (Zoe Kravitz), the owner of a hip record store who revisits past relationships through music and pop culture while trying to get over her one true love. The cast also includes Da’Vine Joy Randolph, David H. Holmes, Jake Lacy, and Kingsley Ben-Adir.

Like many other streaming services, Hulu does not release ratings. However, High Fidelity did receive critical praise. According to Deadline, the decision to cancel the series follows lengthy deliberations at Hulu. ABC Signature extended the cast’s options by a month to give the streamer more time to reach a decision but a positive outcome wasn’t reached.

High Fidelity and Love, Victor were both originally developed for Disney+ but were later moved to Hulu. A decision about Victor’s fate hasn’t been announced but a renewal seems likely.

What do you think? Have you seen High Fidelity on Hulu? Would you have watched season two?

We are so sad there won’t be a season two.We loved the show and the characters, and the quirky storylines. It was a great show. KUDOs to all involved, and hope to see you all amking magic somewhere else