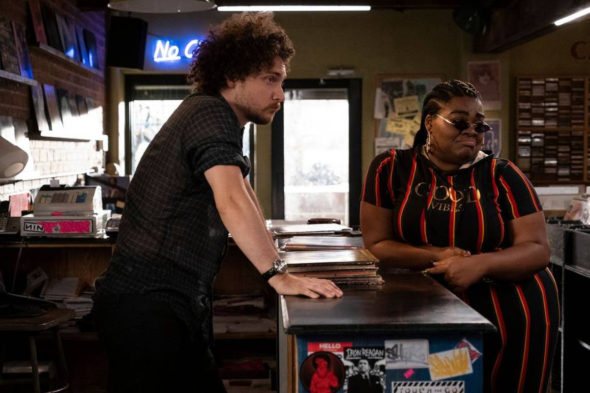 High Fidelity was cancelled after just one season, but plans for season two were already in the works. Zoë Kravitz, Da’Vine Joy Randolph, and David H. Miller star in the musical-drama series.

Season two would have focused on Randolph’s character, per The LA Times. Actor Kingsley Ben-Adir, who played Russell “Mac” McCormack, Rob’s latest ex-boyfriend on the show, revealed the following about the second season of High Fidelity:

“Annoyingly, Season 2 was really gonna be a Cherise-focused season. She was gonna become the lead of the show, and the story was leaning toward being about where she’d come from, her heartbreaks and her family background.”

Ben-Adir noted that Kravitz and the creative team were looking at ways to expand the show beyond the novel and film source material. One idea being pursued would be to have a season focus on record store employee Cherise (Randolph) just as the first season focused on Rob (Kravitz).

Randolph said the following about her role on the Hulu series:

“It was really great to have that opportunity to play a character who is authentic and, on top of that, a woman who is unapologetic and says what she feels. And that she does not represent ‘the angry sassy Black girl.’ “That was huge to me. Because when Jack Black [played the character], you’re not thinking he’s an angry, raging white guy, you’re just like, ‘This is a quirky free spirit that has no filter and he feels comfortable around his friends to say how he feels in the moment when he feels it.”

What do you think? Have you watched the first season on Hulu? Would you have wanted to see season two of the High Fidelity TV show?

Smart move canceling the show. No one cared about Cherise and would not have been interested in her story. She is a supporting character. Would we want a show starring Squiggy?

Hulu is making a big mistake by cancelling High Fidelity. It was a great show with a lot of followers. WTH Hulu