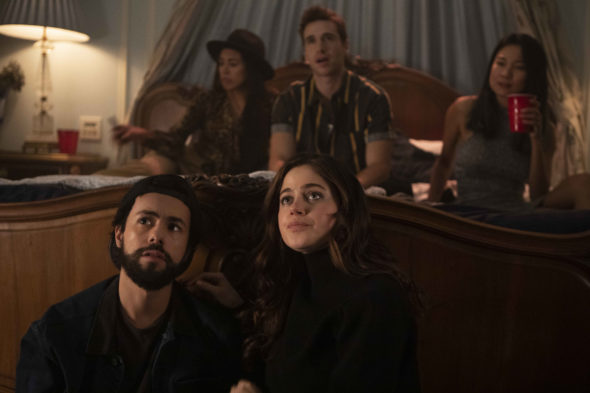 Is Ramy Hassan still on his journey? Has the Ramy TV show been cancelled or renewed for a second season on Hulu? The television vulture is watching all the latest TV cancellation and renewal news, so this page is the place to track the status of Ramy season two. Bookmark it, or subscribe for the latest updates. Remember, the television vulture is watching your shows. Are you?

A Hulu dramedy, Ramy stars Ramy Youssef, Mohammed Amer, Hiam Abbass, Amr Waked, May Calamawy, Dave Merheje, Laith Nakli, and Steve Way. The series centers on Ramy Hassan (Youssef), a first generation Arab-American from a politically divided New Jersey neighborhood. Because Ramy feels torn between his Muslim roots and post-modern American life, he embarks on a spiritual journey to help him navigate his way through his two cultures and this crazy world.

Unless they decide to publicize viewership statistics, it is difficult to predict whether Hulu will cancel or renew Ramy for season two. My gut says this show will get a second season. Since that’s just a blind guess, I’ll keep an eye on the trades and update this page with breaking developments. Subscribe for free Ramy cancellation and renewal alerts.

5/1/19 update: Hulu has renewed Ramy for a second season.

What do you think? Are you glad that the Ramy TV series has been renewed for a second season? How would you feel if Hulu had cancelled this TV show, instead?

So glad this is renewed! It is funny and thought-provoking. If you haven’t seen it yet, you are in for a treat.

I will be devestated if there isn’t a season 2. Please renew Ramy! Great show!