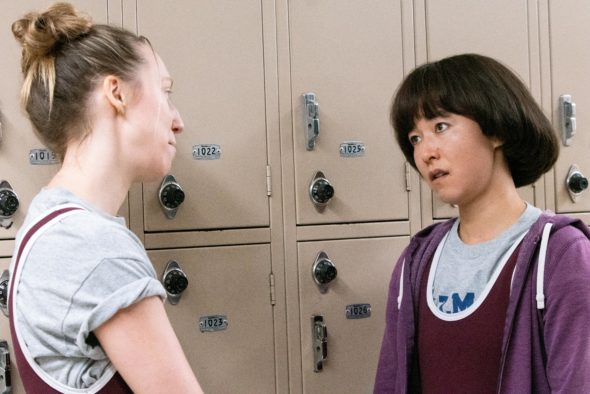 Was attending middle school this bad? Has the PEN15 TV show been cancelled or renewed for a third season on Hulu? The television vulture is watching all the latest cancellation and renewal news, so this page is the place to track the status of PEN15, season three. Bookmark it, or subscribe for the latest updates. Remember, the television vulture is watching your shows. Are you?

Unless they decide to publicize viewership, it is difficult to predict whether Hulu will cancel or renew PEN15 for season three. Since Hulu isn’t ad-supported, it can take a chance on series it believes in, but sooner or later it comes down to production costs, versus viewership numbers. That being said, I suspect that PEN15 will be renewed. I’ll keep my ears open and an eye out for news, and will update this page with breaking developments. Subscribe for free alerts on PEN15 cancellation or renewal news.

What do you think? Were you hoping that the PEN15 TV show would be renewed for a third season on Hulu?

by far one of the best shows ive seen

I love this show! My high school daughters are so cringed out, but I adore these two!

I absolutely love this show!! Its so accurate for that time period in school It better come back for a season 3!! Love love love it!!❤❤❤❤

This show is ******* hilarious! I left middle school in 2000, this show speaks to my soul! So very refreshingly funny, please renew a third season!

This show is hands down one of my ALL TIME FAVORITES. EVERYTHING about this show is perfection. I would watch 20+ seasons!