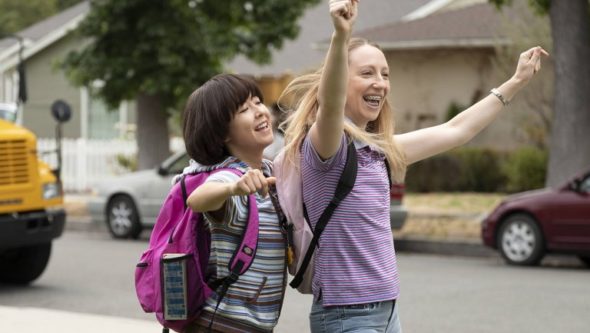 It’s a big day for Hulu fans. The streaming service just announced they’ve renewed both Ramy and PEN15 for a second season.

Following the success of Hulu’s 2019 new comedy slate, the platform has ordered second seasons of Pen15, Ramy and previously announced, Shrill. All three new series broke through by generating passionate fan bases and critical reception; each series currently rank in the Top 25 TV Shows of 2019 on Metacritic.

After debuting to rave reviews, Maya Erskine and Anna Konkle return to star in a 14-episode, second season of adult comedy, Pen15. Playing versions of themselves as thirteen-year-old outcasts in the year 2000, the series features Erskine and Konkle surrounded by actual thirteen-year-olds where the best day of their lives can turn into the worst with the stroke of a gel pen. Pen15 is created, written and executive produced by Maya Erskine, Anna Konkle and Sam Zvibleman; Debbie Liebling will serve as executive producer alongside Marc Provissiero and Brooke Pobjoy from Odenkirk Provissiero Entertainment, Andy Samberg, Jorma Taccone, and Akiva Schaffer of The Lonely Island and Becky Sloviter of Party Over Here. Pen15 is produced by AwesomenessTV.

Hulu’s critically-acclaimed comedy series Ramy has been picked up for a 10-episode second season. The groundbreaking series follows first-generation, Egyptian-American Ramy Hassan who is on a spiritual journey in his politically-divided New Jersey neighborhood. Ramy brings a new perspective to the screen as it explores the challenges of what it’s like to be caught between a Muslim community who believes life is a moral test and a millennial generation that thinks life has no consequences. Ramy is written, executive produced, created by and starring Youssef, executive produced by Jerrod Carmichael, A24’s Ravi Nandan, co-creators Ari Katcher and Ryan Welch, and produced by A24.”

What do you think? Have you seen PEN15 and/or Ramy? Are you glad they’ve been renewed?

PEN15 is so original and creative. It took watching three first season episodes when I wasn’t sure, then I was hooked and still am addicted and cannot wait to see what the characters do next. Maya’s mother plays her role as mother and she was not a professional actress and is amazing. It is a terrific concept and well produced, directed , written and acted.