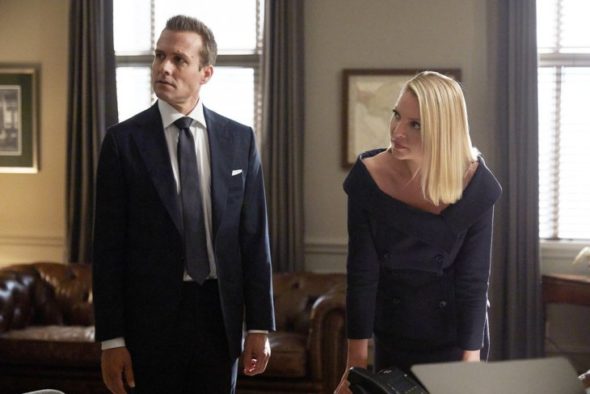 Are you read to say farewell to Suits? USA Network just announced the premiere date for the ninth and final season of Suits as well as the debut for the new spin-off series, Pearson.

The ninth and final season of Suits premieres on USA Network on July 17th at 9 p.m. ET/PT, followed by the debut of Pearson at 10 p.m. ET/PT.

Take a first look a the poster for Pearson and read more info below: 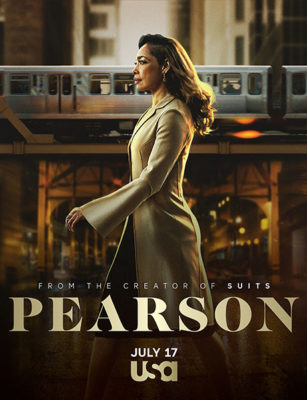 Suitors, are you sitting down? Today, USA announced the premiere date for the ninth and final season of Suits:Wednesday, July 17 at 9/8c.

The last season of Suits picks up with Manhattan corporate law firm, Zane Specter Litt Wheeler Williams, facing uncertainty and change yet again after Robert Zane (Wendell Pierce) took the fall with the Bar Association to save Harvey (Gabriel Macht). After his sacrifice, Samantha Wheeler(Katherine Heigl) is left reeling from the loss of her mentor, and while trying to console her, Harvey realizes that he doesn’t want to lose the most important person to him: Donna (Sarah Rafferty).

Season 9 will follow the legendary lawyer and COO balance their relationship with work, as they fight to salvage the firm’s tarnished reputation alongside their partners, Louis Litt (Rick Hoffman), Alex Williams (Dulé Hill), Katrina Bennett (Amanda Schull), and Samantha. As the season progresses, our core characters’ personal lives will be explored more deeply than ever before, setting up the series conclusion, in which everyone will finally be forced to decide exactly who they are and what kind of lawyers they want to be.

The season premiere of Suits will be followed by the debut of Pearson — the Suits spinoff starring Gina Torres as Jessica Pearson, as she adjusts to the down-and-dirty politics of the Mayor’s office in Chicago. Both Suits and Pearson will run for 10 episodes. Pearson airs every Wednesday at 10/9c.”

What do you think? Are you a fan of Suits? Will you check out Pearson?

Hate to see Suits go and wish that cast would transition, somehow, to Pearson.

I hate to Suits go im really going to miss suites but i will be watching the suites spinoff Perason.

Yes im a big fan of Suites i really hate to see the show go but i will see the spin off of suits Pearson.