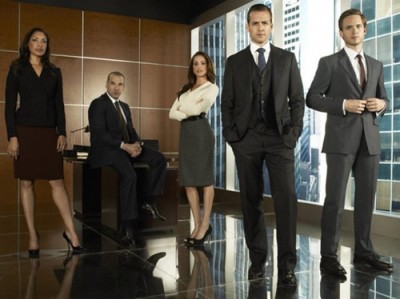 Loved this series, so sad it ended… I keep re-watching all 9 seasons

Loved the series. Sad that it ended

Come on I dont like suit, I love it. knowing it has come to an end made me feel bad.
the casts were super good. when I heard about Rachael getting married made me also feel bad for mike, cus I took it(suit) to be a real life series. congratulations to you guys for a job well done.

I will miss Suits! Wonderful show, wonderful actors. Wish it didn’t have to end! The gut who played Lous Litt was terrific, such talent. He made us laugh! Gabiel Macht, Sarah Rafferty amazing! I loved her part, and she was so real in it! A beautiful woman too! I wish them all a lot of good luck! Happy Patrick J Adams came back for the last season! To be honest, it wasn’t the same without him and of course Meghan Markle. I loved what Mike Ross said when asked how Rachel was doing!! Perfect answer! I laughed! “She is good,… Read more »

I missed the finale. Where can I view it?