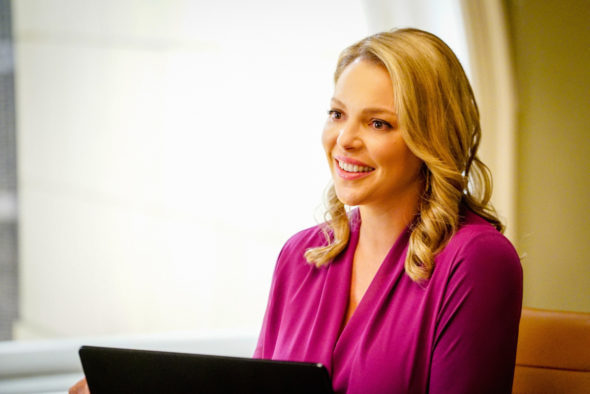 As reported earlier, season seven will be the last for leads Patrick J. Adams and Meghan Markle. But fans don’t have to worry about the show losing steam  just yet. It looks like Suits is bringing Katherine Hegil on as a possible match for Harvey Specter (Macht).

In season eight, Heigl will play “Samantha Wheeler, a talented new partner at Pearson Specter Litt who challenges the status quo and will either become the firm’s greatest ally … or most powerful enemy.”

What do you think? Do you watch Suits? Will you watch season eight?

I really enjoy the show, the characters/actors whose chemistry is unique, and are sad about the departure of Meghan Markle and Patrick J. Adams. I look forward to Season 7B and 8.

Yes I will watch Suit’s until the final episode.

Me too! love the show.

I can’t imagine KH being able to stand against GM’s character. She does seem to be a show killer so it’s fitting this is for the final season.

Had already decided to stop watching with Mike and Rachel leaving. Definitely not returning now.

If written and directed properly, Ms. Heigel might do fine if viewers give her a chance.

And…. the show is done