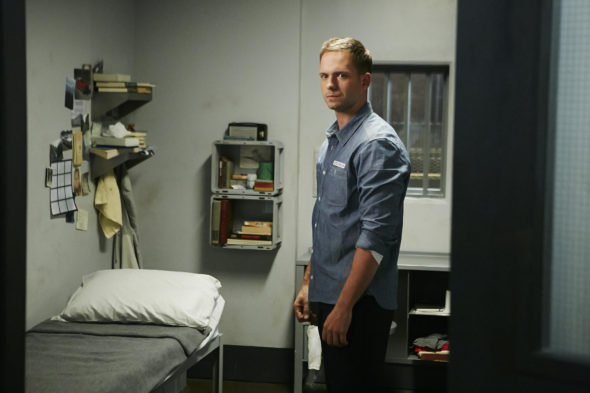 While Adams is confirmed for the final season of Suits, it’s unclear if his famous co-star, Meghan Markle, will return. Showrunner Aaron Korsh did reveal there will be an update on Mike and Rachel, Markle and Adams’ characters in the upcoming season:

Since they both left, If you take a look throughput season 8 and 9, people refer to both Mike and Rachel, even before he comes back. When he comes back, I do believe there is a little update on Rachel.

You never know. There is always a chance she [Markle] is going to pick up the phone and call me and say can I come back, and if she did she would be welcome back her with arms wide open. But no, l don’t see that happening.”

The ninth and final season of Suits is expected to premiere on USA Network later this year.

What do you think? Are you a fan of Suits? Are you glad Mike is coming back?

Please don’t cancel the show! Glad Patrick is coming back he and Gabriel are why many people watch Suits!

of course, he needs the job. everything he’s done leaving Suits was a failure. the return will be more PR for the low rated show. just like Fox wants to bring smotthet(?) back to Empire. Studios play the same old schtick over and over.

It is too early to cancel the show as it has a lot more life left in it.

I am very happy that Suits for their last season will bring us a kind of a closure with Mike and maybe with Rachel if it is possible. Patrick and Gabriel were very important subject in the show but I will accept what ever happened.

Yes I like suites, and would love it if Mike came back.

I missed him last season. I look forward to his return.

I actually think the show improved with out him and will be disappointed if he’s back full time.

I absolutely LOVE that Patrick Adams is returning. Let’s face it, he and Gabriel Macht ARE THE SHOW, SUITS is so fabulous, so well written. I wish it would go on forever. It is a real quality program and everyone can actually learn from it. Young and old can benefit from the strategies implemented during the course of the story, both on a personal and a business level. GREAT JOB writers!