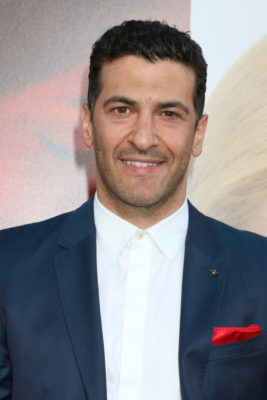 As reported earlier, USA Network has greenlit a spin-off of the legal drama that centers around Gina Torres’ character, Jessica Pearson. The new series will follow Pearson as she moves to Chicago and “must rely on her legal wits and valiant relationships from Pearson Specter Litt to navigate this unknown territory.”

On the spin-off, Kassianides will be playing ” a mysterious tough guy with ties to both the Mayor and Chicago’s biggest developer.” He’ll make his first appearance on Suits‘ season seven finale, which will serve as a backdoor pilot for the possible spin-off series.

What do you think? Do you watch Suits? Would you watch the spin-off?

I prefer a continuation of Suits rather than the spin off and withhold my judgment if and when that spin off actually airs. I like the characters of Suits, especially Mike Ross, Harvey Specter, Donna, and Rachel. Jessica and Louis are ok, but don’t consider them as interesting or good as the others.

YES! I Love this program Suits, hoping the spin off Series will be just as good