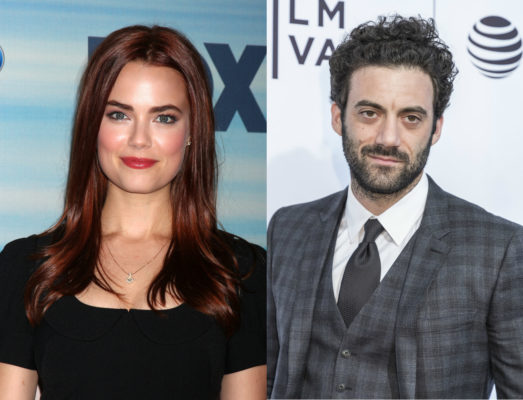 As reported earlier, the network has ordered a spin-off to the legal drama that centers around Gina Torres’ character, Jessica Pearson. The new series will follow Pearson as she moves to Chicago and “must rely on her legal wits and valiant relationships from Pearson Specter Litt to navigate this unknown territory.”

On the untitled pilot, Rittenhouse will be playing Keri Allen, “a driven and ambitious city attorney and the unofficial right hand to the mayor.” Meanwhile, Spector has been cast as “Mayor Bobby Golec, the handsome, charismatic and enigmatic workingclass mayor of Chicago who is up for re-election in six months.”

The USA Network spin-off pilot will be introduced during Suits season seven finale.

What do you think? Do you watch Suits? Would you watch the spin-off?

Love the show, so looking forward to a spinoff.

Jessica Pearson was always my favorite character on Suits, and I was sad to see her leave. I’m very excited to think that we’ll get to see her again, especially surrounded by a new cast and new situations. I still enjoy Suits, but it has a tendency to recycle the same emotional drama over and over.

My wife and I really enjoy Suits and we will probably look in to see if this new show can keep the high level of entertainment going!

Looking forward to watching. Gina Torres is a great actress.

Will give it a try, not excited about it thi, Jessica was never a character I cared about at all in suits.