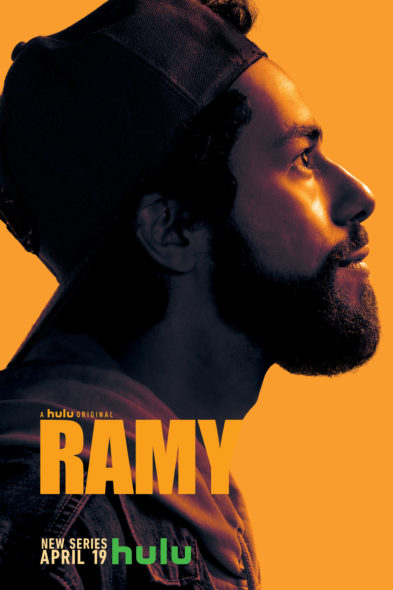 How much progress does Ramy Hassan make during the first season of the Ramy TV show on Hulu? As we all know, the Nielsen ratings typically play a big role in determining whether a TV show like Ramy is cancelled or renewed for season two. Hulu and other streaming platforms, however, collect their own data. If you’ve been watching this TV series, we’d love to know how you feel about the Ramy season one episodes. We invite you to rate them for us here. *Status update below.

A Hulu dramedy, Ramy stars Ramy Youssef, Mohammed Amer, Hiam Abbass, Amr Waked, May Calamawy, Dave Merheje, Laith Nakli, and Steve Way. The series centers on Ramy Hassan (Youssef), a first generation Arab-American from a politically divided New Jersey neighborhood. Because Ramy feels torn between his Muslim roots and post-modern American life, he embarks on a spiritual journey to help him navigate his way through his two cultures and this crazy world.

What do you think? Which season one episodes of the Ramy TV series do you rate as wonderful, terrible, or somewhere between? Should Hulu cancel or renew Ramy for a second season? Don’t forget to vote, and share your thoughts, below.

5/1/19 update: Hulu has renewed Ramy for a second season.

I honestly think this series is a great way to give an example of all the different views of Islam in a comedian plot…this exemplified Islam with out negative bias which in fact we as muslims get because of the media…I’m a convert to Islam and actually really enjoy this series, add an American this is both eye opening, hilariously reflecting, and truthful…haha love it…thanks Ramy..and Hulu how to see more seasons to come!