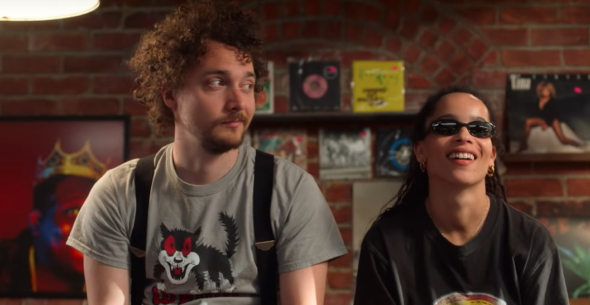 Hulu is ready for heartbreak. The streaming service just released a new preview for their TV series adaptation of High Fidelity.

Based on the book by Nick Hornby and the 2000 film, the romantic comedy stars Zoe Kravitz as “a female record store owner in the rapidly gentrified neighborhood of Crown Heights, Brooklyn who revisits past relationships through music and pop culture, while trying to get over her one true love.”

What do you think? Are you a fan of the movie/book High Fidelity? Will you watch the TV show?