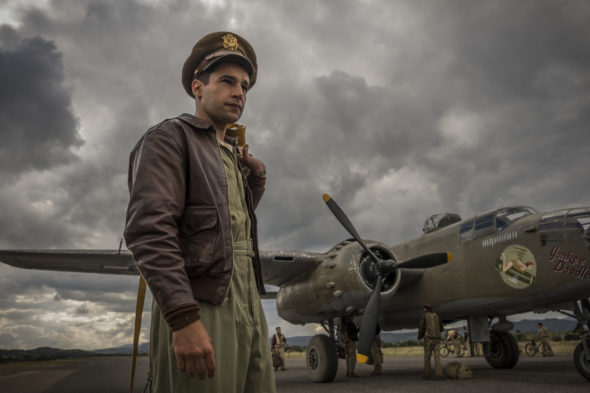 “You think this is a big fat joke?” Hulu just released a new trailer for their upcoming TV show, Catch-22.

Based on the Joseph Heller novel, the series “follows the adventures and misadventures of a US air squadron in Italy in World War II.” The cast includes Christopher Abbott, George Clooney, Kyle Chandler, Hugh Laurie, Giancarlo Giannini, and Daniel David Stewart.

Wish I had Hulu. The Handmaid’s Tale & Catch 22 were two of my favorite reads way back in time. And who doesn’t love Elizabeth Moss & George Clooney? This Catch looks good so don’t spoil the greatness that was the original.

It looks so much like, and with its scenes quoting verbatim from, the 1970 Buck Henry/Mike Nichols version of Joseph Heller’s book, that watching it will be a combination of fear that it won’t measure up to the movie, plus satisfaction that this series’ existence is a redemption of a film I don’t think received the proper recognition it deserved when it was originally released. There was a lot of material in the book that didn’t make the screenplay, so it may be only isolated scenes that will be affected by this, but I’ll say this: it will be difficulty… Read more »