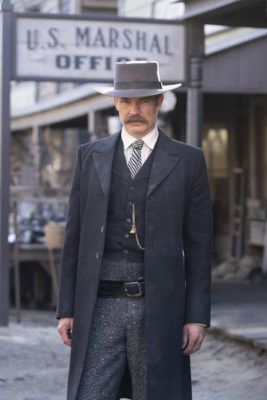 “My job ain’t to follow the law.” HBO just released the first trailer for their upcoming Deadwood reunion movie.