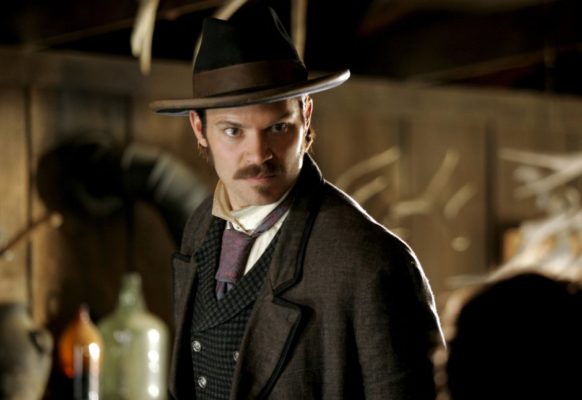 Did the Deadwood movie almost not happen? Recently,star Timothy Olyphant told TVLine he was hesitant to join the HBO follow-up movie.

Speaking to TVLine, Olyphant admitted he wasn’t sure about the Deadwood revival:

It was so bizarre. It was so surreal. And lovely. [Pauses] It was way more moving than I could’ve imagined. And way more rewarding than I could’ve imagined. I underestimated how much those people meant to me. You look back and you’re like, “It’s three years. It’s a blip.” But it was quite a memorable three years. It was also, for me personally, a very memorable time [in my life]. My kids had just been born. I had little tiny kids when we made that show. It just brought back a lot of memories.”

What do you think? Are you a fan of Deadwood? Are you excited for the movie?

If they didn’t improve the writing then I’m not so sure about this one. Rewatching the past seasons is a little hard. So often in most episodes every other word is f**k or f**ken and it becomes overbearing. I’m not bothered by any use of language but it gets real annoying when multiple characters are saying the same thing over and over.

I cannot wait so excited