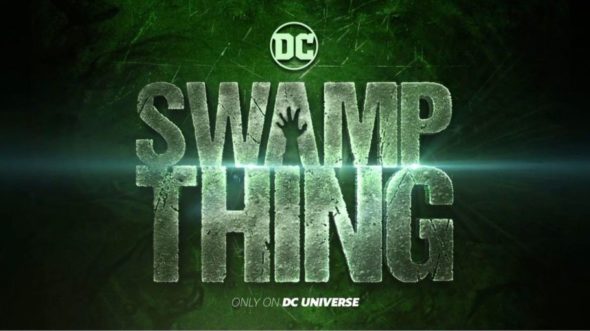 Is Swamp Thing cancelled? According to WECT News 6, the DC Universe TV show has shut down production early.

The superhero drama follows Abby Arcane as “she investigates what seems to be a deadly swamp-born virus in a small town in Louisiana but soon discovers that the swamp holds mystical and terrifying secrets. When unexplainable and chilling horrors emerge from the murky marsh, no one is safe.” The cast includes Virginia Madsen, Andy Bean, Crystal Reed, Will Patton, and Jennifer Beals.

It’s unclear if DC Universe still plans on airing Swamp Thing or not. Star Virginia Madsen posted on Instagram, saying “I’m beyond sad. What a terrible decision. We have been cut to the core by those who have never set foot into the Swamp.”

Madsen later removed the post just as DC Universe released the first teaser trailer for Swamp Thing and a premiere date (May 31st).

Update: It’s been confirmed that Warner Bros. TV has reduced the episode order from 13 to 10 episodes due to creative differences. The show’s future is unclear.

What do you think? Are you a DC fan? Will you watch Swamp Thing if it is released?

I really hope the show is good and that they keep it. Swampy is my favorite comic period! It has needed a decent effort on film.

I hope they release it, or Netflix or Hulu could pick it up. Petition time!