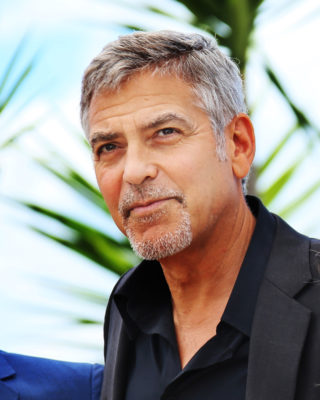 George Clooney is returning to television. According to The Hollywood Reporter, the ER star will act in and direct a TV adaptation of Catch-22.

Based on the novel by Joseph Heller, the limited series “is set in Italy during World War II and tells the story of Yossarian, a U.S. Air Force bombardier trying to fulfill his service requirements so he can go home.” Catch-22 was previously adapted as a 1970 film starring Alan Arkin and Bob Newhart.

Catch-22 being produced by Paramount TV and Anonymous Content. A network has not yet been named.

What do you think? Have you read Catch-22? Would you watch the TV show?

Totally loved the book. Turned me into a life-long Heller fan. Looking forward to TV not butchering the story.

Not so interested, his political rants have been unpleasant and therefore I a am now a disenchanted fan.

Anything George is in will be fantastic. I can’t wait for more details! SO glad he’s coming back to TV!!