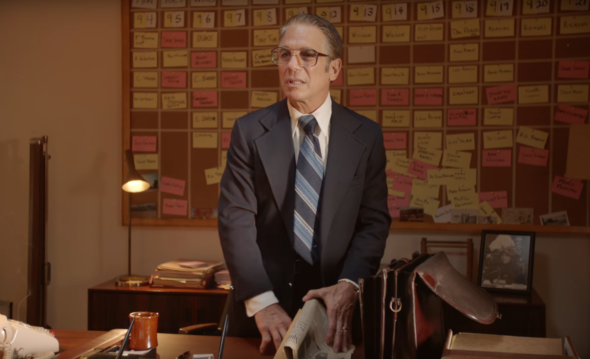 “Do you want America to have no jokes tonight?” Recently, Hulu released the first trailer for their upcoming TV show There’s…Johnny!

Set in 1972, the coming-of-age drama follows Andy Klavin (Ian Nelson), a 19-year-old who winds up with a job behind the scenes of The Tonight Show with Johnny Carson. The cast also includes Tony Danza, Jane Levy, and Roger Bart.

What do you think? Are you a fan of Johnny Carson? Will you watch There’s…Johnny?

Love this show, please bring it back!!

Us too! It was so nostalgic at first and then just went AMAZING toward the end. When the kid opened his door I cried right over the top of my glasses. I need more.