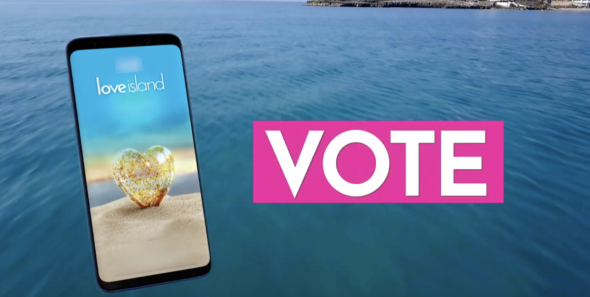 Have you fallen in love with the first season of the Love Island TV show on CBS? As we all know, the Nielsen ratings typically play a big role in determining whether a TV show like Love Island is cancelled or renewed for season two. Unfortunately, most of us do not live in Nielsen households. Because many viewers feel frustration when their viewing habits and opinions aren’t considered, we’d like to offer you the chance to rate all of the Love Island season one episodes here. *Status update below.

What do you think? Which season one episodes of the Love Island TV series do you rate as wonderful, terrible, or somewhere between? Should CBS cancel or renew Love Island for a second season? Don’t forget to vote, and share your thoughts, below.

*8/1/19 update: CBS has renewed the Love Island TV show for a second season.

I so hope it’s “How do you spell” Elizabeth and Zac!

I love this show! I can’t wait until the finale .

Love Island is boring, stupid, and should be cancelled.

We are totally HOOKED on Love Island! We have our favorite players, of course, but we love it!

This should be cancelled just like Paradise Hotel was! One night is bad enough but 5 nights come on CBS, lets be original! I’m beyond over these “reality dating/hookup shows” what a waste of money. If this show doesn’t get cancelled or at least cut back to 1 or 2 nights a week due to it’s dismal ratings I’m going to have to watch Big Brother on Hulu so I can skip the commercials for this piece of trash show!

I totally agree with Lisa. CBS has really turned to trash shows. People are so desperate to put themselves through that kind of situation. Most just want to be on TV, it’s really a sick world we live in today.