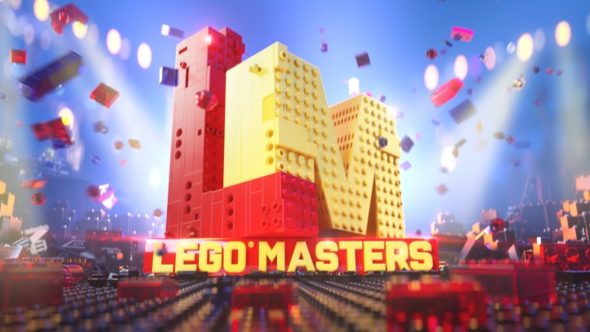 Lego Masters is coming to FOX in 2020, and the new competition series now has its host. Will Arnett is set to host the new series. The series will arrive on February 5. Plans for the series were announced back in July. The series began in the UK, but other countries have picked up the series with their own versions and casts. In the UK and Australia, the series has become a hit, and FOX is hoping the same happens with the US version.

FOX revealed more about the premiere of Lego Masters in a press release. Check that out below.

Actor and producer Will Arnett will host new unscripted competition series LEGO MASTERS, premiering Wednesday, Feb. 5 (9:00-10:00 PM ET/PT) on FOX. The series will feature pairs of LEGO enthusiasts facing off in unbelievable brick-building challenges. Throughout the competition, Arnett, alongside expert judges, will encourage the builders, introduce incredible challenges and put the creations to the test until one duo is crowned LEGO MASTERS. Arnett, who voices “LEGO Batman” in “The LEGO Movie” franchise, will also serve as an executive producer on the series.

“This show is an hour of fun for the whole family and Will is the ideal host. He’s already a member of the LEGO family and his passion for this show is infectious,” said Rob Wade, President, Alternative Entertainment and Specials, FOX Entertainment. “He’s also a great collaborator and, let’s be honest, he’s hilarious – which makes him perfect for this competition.”

“It gives me piece of mind to be able to continue building my relationship with The LEGO Group,” said Arnett. “Ultimately, my goal is Danish citizenship.”

Based on the hit British reality-competition series of the same name, LEGO MASTERS brings imagination, design and creativity to life when teams of LEGO enthusiasts go head-to-head, with infinite possibilities and an unlimited supply of LEGO bricks. Teams of two will compete against each other in ambitious brick-building challenges to be crowned the country’s most talented amateur LEGO builders. In each episode, the competing pairs who impress the judges the most will progress to the next round, until the finale, during which the top teams will face off for a cash prize, the ultimate LEGO trophy and the grand title of LEGO MASTERS.

Arnett is no stranger to the LEGO family, as he famously voices “LEGO Batman” in the “LEGO Movie” franchise, including 2017’s “The LEGO Batman Movie.” He has received multiple Emmy Award nominations for his work on both Arrested Development and 30 Rock. Currently, Arnett lends his voice to the Emmy Award-nominated streaming animated comedy BoJack Horseman.

Since then, LEGO MASTERS has been renewed by Channel 4 and local versions of the successful format have begun launching around the world. Most recently, Endemol Shine Australia produced a local version for Nine, which became an instant hit, averaging more than 2.0 million viewers, and ranked as the country’s #1 program among all key demos. Additionally, Endemol Shine Germany successfully produced the series for RTL.

Plan B will executive-produce the FOX series, along with showrunner Anthony Dominici; Sharon Levy, DJ Nurre and Michael Heyerman from Endemol Shine North America; Karen Smith and Steph Harris from Tuesday’s Child; and Jill Wilfert and Robert May from The LEGO Group.

LEGO MASTERS will be produced by Endemol Shine North America and Tuesday’s Child under license from The LEGO Group, for The LEGO Group.

FOX also released a poster for the series. 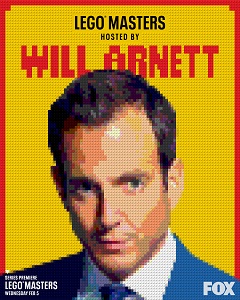 What do you think? Will you check out Lego Masters on FOX?

My 10 year old lego obsessed child and I can’t wait to watch this show!
BUT…..its on too late! I will have to record it and watch the next day.

A family show that starts at 9 pm Eastern. Half the children are in bed by then.

This got an show why? Will Arnatt the host. Why would he want to do this. His career is doing so well. They don’t need a big name like him no one can make this”show” last. Guess you can’t even say this man doesn’t love an challenge.

Well, he did voice batman in the lego movies. We can’t wait to watch it!