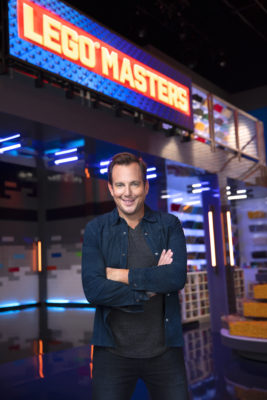 Performers include: Will Arnett (host) with Jamie Berard and Amy Corbett (judges).

TV show description:
Based on the British reality-competition series of the same name, the LEGO Masters TV show pits teams of LEGO enthusiasts against other teams in challenges of imagination, design, and creativity.

Armed with infinite possibilities and an unlimited supply of LEGO bricks, teams of two compete against each other in ambitious brick-building challenges. In each episode, Arnett, along with expert judges and special guests, encourage the builders, introduce various challenges, and put the builders’ creations to the test.

The competing pairs who impress the judges the most progress to the next round while other teams are eliminated. In the finale, the top teams face off for a cash prize, the ultimate LEGO trophy, and the grand title of LEGO Masters.

What do you think? Do you like the LEGO Masters TV show? Do you think it should be cancelled or renewed for another season?

I use to really like this show but now it really seems to be about who the contestants are. Season 3 the influencers only got pushed through because they promote Lego.

They tried to take the theme of Hell’s Kitchen and put it into the Lego World, which is misfiring on all cylinders. If this show does get renewed, they’ll have to do some major re-tooling. BUT I’d like to see it get another season.

This show faces a huge problem. That being of course other shows excited.
If it was on basic cable when everything else was on repeat this would be better still not good but less embarrassing.