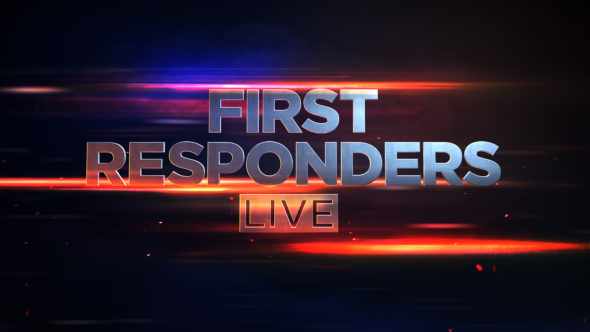 TV show description:
From Dick Wolf, creator of the scripted Law & Order and Chicago franchises, the First Responders Live TV show is hosted by Josh Elliott. The reality TV series takes is in-depth look examination of firefighters, police officers, EMTs — those first responders who often risk their own lives, as they race toward situations from which many people would flee.

The production embeds cameras with emergency response teams in several cities around the U.S., in order to get a real look at these heroes on the job. Along with a crew of experts, Elliot provides on-air analysis, to accompany the first-person accounts of the action.


What do you think? Do you like First Responders Live TV series? Should this FOX TV show be cancelled or renewed for another season?

I honestly enjoyed the first season of First Responders Live, it gives me and anyone else who enjoys it as much as I do, a more in depth look on what I could be facing in the future of my life, I really hope this show continues for more seasons cause this show is quite possibly as close as they get for what’s to come in my opinion.‍

I love first responders. I did not even now about the show until a few weeks ago! This is the best show on tv. I have watched a lot of the older episodes. When is it going to be back on? I hope this show does not get cancelled!

We love, love this TV series, it’s better than Live PD which we always watch. The great thing is it shows EMS and Police both; it is more interesting and informative. Also we like the fact that Josh follows up on each of the incidents at the end of the show. That is a plus!!! Please don’t cancel this show…

We love this show and like it better than Live PD which we watch each episode. It would be even better if extended another hour. Please don’t cancel this show; it’s informative as well as seeing what’s going on different states. We live in Charleston, SC.

I like the show but it would be much better if the hosts were a little more casual and likeable and not so rehearsed. Let them let their hair down and be who they are and not be corporate robots.

We love the show and Josh. Only request I have is that it should be 2 hrs instead of 1 hr. Keep up the great work!

Great show, a real salute to the hero’s among us that risk their lives to save others. The only thing is I keep thinking is Josh the host is better suited showing us those beavers in Yellowstone Park.

We LOVE LOVE this show, everything about it. My husband and I look forward to it every week. DONT CANCEL IT PLEASE.

I agree with Ed. The show was great but Josh Elliott needs to go back to broadcasting sports. His commentary takes away from the great work of the first responders. Their service speaks for itself.

My husband and I LOVE First Responders. Please don’t take it off air. It’s the BEST realty show ever.

The First Responders are not Live, maybe Josh in the studio, but he does not interact with any of the First Responders. The show jumps around too much, there is no “in-depth look” at anything. This show had potential, but the “Live” gimmick is just that, a gimmick. Dick Wolf should spend some time in post-production to create a quality show, and drop the Live element.

How about showing the FIRST of the first responders. The people that take the phone calls to get that help on the way? I have been doing that for 31 years and we get litter recognition for it.

I think First Responder should also be more than 1 hour. By the time you start getting into the show it is over. I think it should be 2 or 3 hours

Love the show i left the fire department over five years ago and I feel like I’m right there with my guys running calls again I just absolutely love the show.