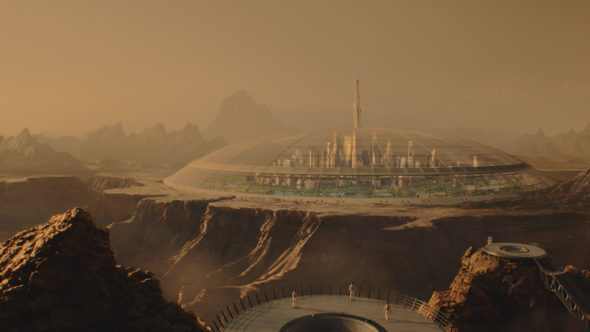 Are we ready for what’s out there in the second season of the Cosmos TV show on FOX? As we all know, the Nielsen ratings typically play a big role in determining whether a TV show like Cosmos is cancelled or renewed for season three. Unfortunately, most of us do not live in Nielsen households. Because many viewers feel frustration when their viewing habits and opinions aren’t considered, we invite you to rate all of the second season episodes of Cosmos here.

A FOX science documentary TV show, Cosmos explores the farthest reaches and most deeply hidden recesses of the universe. The series was co-created by the legendary astronomer Carl Sagan and Ann Druyan in 1980. It was revived in 2014 for its first season on FOX (aka A Spacetime Odyssey), hosted by astrophysicist Neil deGrasse Tyson. In the second season of the revival, subtitled Possible Worlds, the series translates the revelations of science into a lavishly transporting experience, taking audiences on a series of spiritual voyages of exploration. The new season reveals previously uncharted realms, including lost worlds and worlds to come, and those that we may one day inhabit in a potentially thrilling future.

What do you think? Which season two episodes of the Cosmos TV series do you rate as wonderful, terrible, or somewhere between? Do you think that Cosmos should be cancelled or renewed for a third season on FOX? Don’t forget to vote, and share your thoughts, below.

A great change of pace. Take some of those poor reality shows off and replace them with quality like this show has