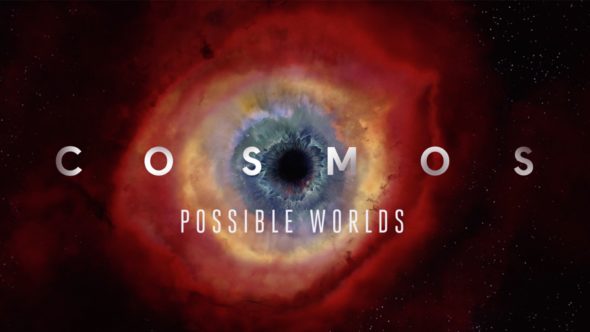 Cosmos is (finally) returning for a second season on FOX, and the documentary series now has a return date.  Hosted by Neil deGrasse Tyson, Cosmos: Possible Worlds will come to the network on September 22nd but the 13 episodes already aired on National Geographic in March and April of this year.

“Returning for its third installment, the Emmy and Peabody Award-winning COSMOS will once again be executive-produced, written and directed by Ann Druyan (NASA’s Voyager Record, “Cosmos: A Personal Voyage,” “Contact”); executive-produced by Seth MacFarlane, Brannon Braga and Jason Clark; and hosted by Neil deGrasse Tyson, the famed pop-culture icon and astrophysicist.

Continuing the legacy of its predecessors, COSMOS: POSSIBLE WORLDS will translate the revelations of science into a lavishly transporting experience, taking audiences on a series of spiritual voyages of exploration. Created and produced in partnership with the National Geographic Channel, which aired the series this spring, the new season will reveal previously uncharted realms, including lost worlds and worlds to come, and those that we may one day inhabit in a thrilling future we can still have.”

What do you think? Will you watch the return of this series on FOX? Have you watched the earlier seasons of the Cosmos TV series?

I loved the first season. I will definitely watch season two and beyond.

I would like to purchase all three sessions.how do I go about that?

Yes, I bought the first two on blu-ray and love them! I remember watching Carl Sagan in middle school, back in 1998! I can’t wait to see the 3rd season again and buy it on blu-ray when they release it

I can’t wait to see what happens in the second season. Fox got a winner in a great series.

I will watch every episode, I have so enjoyed the past seasons.