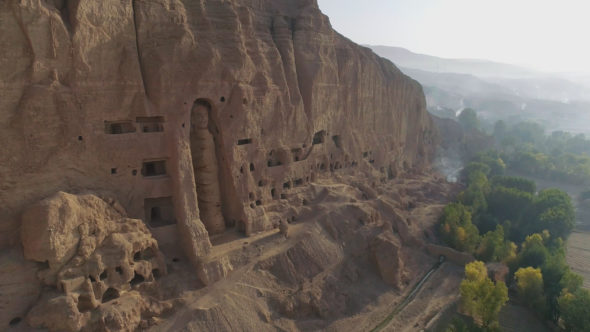 What will we find in the farthest reaches of space? Has the Cosmos TV show been cancelled or renewed for a third season on FOX? The television vulture is watching all the latest cancellation and renewal news, so this page is the place to track the status of Cosmos, season three. Bookmark it, or subscribe for the latest updates. Remember, the television vulture is watching your shows. Are you?

Airing on the FOX television network, Cosmos explores the farthest reaches and most deeply hidden recesses of the universe. The series was co-created by the legendary astronomer Carl Sagan and Ann Druyan in 1980. It was revived in 2014 for its first season on FOX (aka A Spacetime Odyssey), hosted by astrophysicist Neil deGrasse Tyson. In the second season of the revival, subtitled Possible Worlds, the series translates the revelations of science into a lavishly transporting experience, taking audiences on a series of spiritual voyages of exploration. The new season reveals previously uncharted realms, including lost worlds and worlds to come, and those that we may one day inhabit in a potentially thrilling future.

The second season of Cosmos averaged a 0.29 rating in the 18-49 demographic and 1.30 million viewers. Find out how Cosmos stacks up against other FOX TV shows.

Will FOX cancel or renew Cosmos for season three? The first season of the revived series aired back in 2014 and this second installment aired on National Geographic, six months before it landed on FOX. I suspect that the network has lost interest in the project so I’m not expecting a third season renewal. I’ll update this page with breaking developments. Subscribe for free alerts on Cosmos cancellation or renewal news.

What do you think? Do you hope the Cosmos TV show will be renewed for a third season? How would you feel if FOX cancelled this TV series, instead?

I think the Cosmos programs are the best series on television and that they should be used in schools to get children’s minds off phones and into serious and fabulously interesting questions about our universe. I sincerely hope that they continue and that Neil deGrasse Tyson should continue with the mission of Carl Sagan.

I hope we will get to see a third season!

I hope it is renewed. One of the better, very interesting shows on TV. I’ve been missing it.

I enjoy Cosmos, and hope it will continue to air.