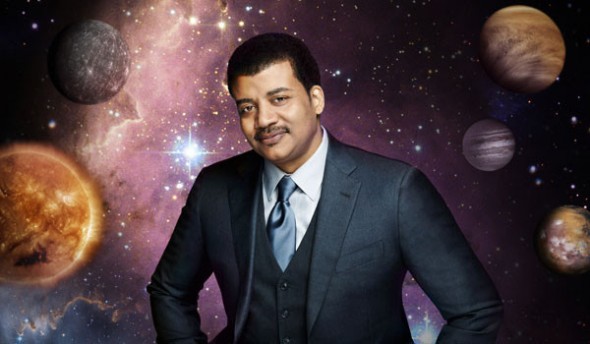 It looks like Neil deGrasse Tyson is making a comeback. Deadline reports Cosmos and StarTalk are returning to National Geographic following allegations of sexual misconduct against the astrophysicist.

Tyson hosts both Cosmos, a remake of the iconic Carl Sagan docu-series, and StarTalk, a late-night talk show that features in-depth conversations about current events and academic subjects.

Last year, Tyson was accused of sexual misconduct by multiple sources. As a result, FOX and National Geographic put a hold on StarTalk and Cosmos to investigate the matter and it seems Tyson is off the hook.

National Geographic Channel just announced StarTalk will return with new episodes in April and the network is planning on airing season two of Cosmos soon.

Read the full statement below:

The investigation is complete, and we are moving forward with both StarTalk and Cosmos. StarTalk will return to the air with the remaining 13 episodes in April on National Geographic, and both Fox and National Geographic are committed to finding an air date for Cosmos.”

What do you think? Are you a fan of Neil deGrasse Tyson? Will you watch the new episodes of StarTalk and/or Cosmos.

I watched all the episodes of this series and while the special effects were awesome, Tyson’s breathless earnest narration eventually became tiresome and annoying.
“Oh look, you uneducated lower forms of life, it’s … science! Oooooh!”

I’ve been a fan of StarTalk, can’t wait to see it come back. I saw one aired a couple weeks ago, but haven’t seen one since.

Can’t wait for the new Cosmos!

Very glad these two excellent and fun shows will be back on the air soon!

With James Gunn also back as the director of Guardians of the Galaxy 3 maybe the witch hunts are finally running their course and less innocent people are going to get caught up in #metoo.

I hope that the investigation was thorough and fair. I loved both of these shows and am very happy to have my Personal Astrophysicist back on the air! Welcome back Professor.