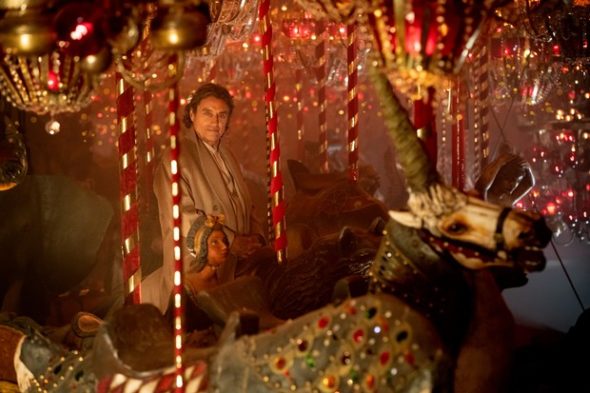 Based on the novel by Neil Gaiman, the supernatural drama centers on Shadow Moon (Ricky Whittle), who accepts a job offer from the enigmatic conman known as Mr. Wednesday (Ian McShane). What Shadow discovers is world where Old and New Gods exist and are at odds.

Only a few days after American Gods‘ season two premiere, Starz announced they’ve renewed the series for a third season. The renewal is slightly surprising given the show’s behind-the-scenes drama and low ratings. However, it seems the network has faith in the material.

What do you think? Are you a fan of

I think it would be a huge mistake to cancel “American God’s” at anytime! WHEN IS THE 3RD. SEASON STARTING?? It’s not like it’s 1st PREMIER in ~2017/18. The “New” American God’s”–Seasons: 1 & 2, both shown on Starz last year, March, 2019- Were Amazing! I don’t know why it didn’t do well in it’s targeted demographic? I’m in my 30’s, male, single, normal socioeconomic class- and I love it! It’s storyline and plot, backstory and narrating are unique in style, to say the least. Out of all the series & shows on premium networks, they all seem to be… Read more »

Happy to hear about a third season.

Do you know when the 3rd. Season/Episode 1 STARTS? I thought it was today. 3/15/20 at 9pm. est. But I don’t see it in the Straz channel lineup.
Thanks for any info you can provide.
-Mark Mondo