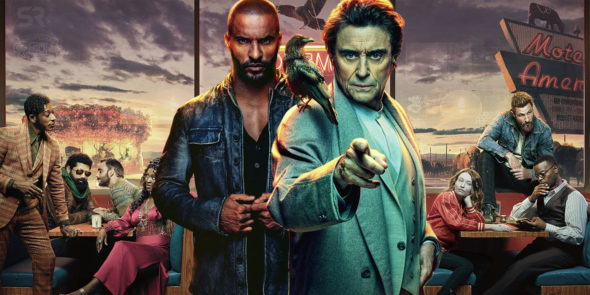 American Gods is returning to Starz for its third season next month, and a trailer and new key art have now been released for the series. Ricky Whittle, Ian McShane, Emily Browning, Pablo Schreiber, Crispin Glover, Orlando Jones, Yetide Badaki, Bruce Langley, Mousa Kraish, Omid Abtahi, and Demore Barnes star in the series which puts the Old Gods of mythology and New Gods of technology up against each other.

“Starz has debuted the official trailer and character art for the third season of the mythical STARZ Original series American Gods, premiering Sunday, January 10, 2021 at 8 PM ET/PT on STARZ in the U.S., as well as internationally on Amazon Prime Video, beginning Monday, January 11.

The American Gods social channels hosted a special event, which featured a “phygital” reimagining of the iconic Lakeside Clunker Raffle from Neil Gaiman’s international best-selling novel. The live-streamed event let fans guess when the car would fall through the ice, leading up to the grand reveal of the official Season Three trailer.

American Gods is the epic story of an inevitable war building between the Old Gods of mythology and our New Gods of technology. Ricky Whittle (The 100, Nappily Ever After) stars as ex-con Shadow Moon, a man pulled into the service of the mysterious Mr. Wednesday, played by Ian McShane (Deadwood, John Wick) — only to discover that not only is his charismatic but un-trustable boss actually the Norse All-Father god Odin, he’s also…Shadow’s father. In Season Three, Shadow angrily pushes this apparent destiny away, and settles in the idyllic snowy town of Lakeside, Wisconsin — to make his own path, guided by the gods of his black ancestors, the Orishas. However, he’ll soon discover that this town’s still waters run deep, and dark, and bloody, and that you don’t get to simply reject being a god. The only choice — and a choice you have to make — is what kind of god you’re going to be.”

American Gods returns on January 10th. Check out the trailer and poster for the new season below. 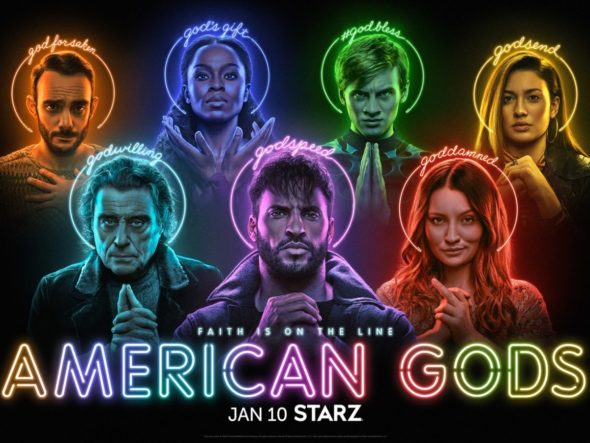 What do you think? Are you excited for the third season return of American Gods on Starz?