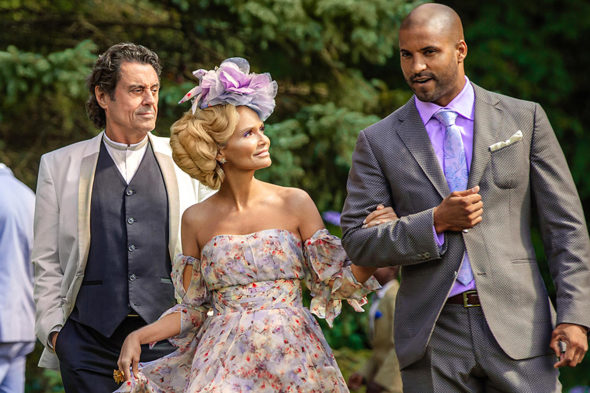 American Gods is down another key cast member. TVLine reports Kristin Chenoweth will not return for the Starz TV show’s second season.

Already, we’ve reported that Gillian Anderson will not appear in season two of American Gods. Now, Chenoweth is departing too. During a press event, Chenoweth revealed that her loyalty to former showrunner Bryan Fuller is what pushed her to leave the Starz series.

Fuller left American Gods after season one due to creative differences with producer Freemantle.

Love this show! Only wish they would release season 2 sooner.

Love Ian Mcshane, he is a great actor! Can’t wait for it to return. Love the series, thank you. You keep us entertained.j

We love the show! Unique writing, costumes are wonderful,the gods, love all of them. Keep up the good work. The actors are great, the way you weave the people together is brilliant, and he talks, explaining journey from Ireland! Love it, thank you

I am looking forward to season 2! The cast is awesome.

It was one of the best tv shows that premiered last year. We are looking forward to the second season.

We already knew this. Back at the end of 2017, Chenoweth already expressed her unhappiness with the new direction of the show and stated that her future with the show was grim. I guess this is the official announcement, but it’s harfly a surprise. Color me shocked for anyone being floored by this news.

Now I REALLY don’t care about whenever this show comes back. First, it was Gillian Anderson. NOW, Kristin Chenoweth. Even Ian Mcshane can’t save this crapfest

Gillian Anderson pretty much quite from acting for the moment. I think she left the X-Files too. I would still watch the show. Even without Anderson or Chenoworth the cast is still amazing! I would highly recommend reading the book if you have not done so.

Yes we love the show. Bring on Season 2 please