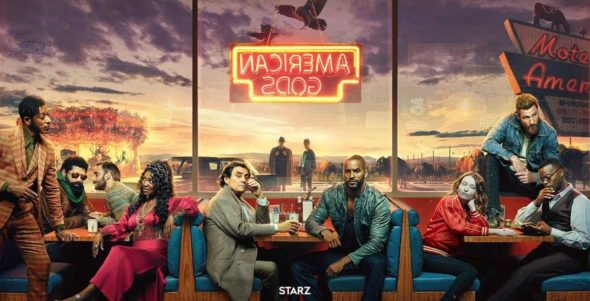 American Gods is ready to launch its third season on Starz. Neil Gaiman, who wrote the 2001 novel on which the series is based, revealed the premiere date for the new season in a post on his Twitter. A trailer for the series was released by the streaming service earlier this month.

Check out Neil Gaiman’s post announcing the return of American Gods to Starz below.

Everything you wanted to know about when American Gods Series 3 is starting in the US. (I’ve seen finished cuts of the first 4 episodes and rough cuts of all of them. It’s really good.) (And it starts internationally the following day.) pic.twitter.com/6YMnL9vEzn

Season three of American Gods will premiere on January 10, 2021.

What do you think? Are you a fan of American Gods on Starz? Do you plan to watch season three?