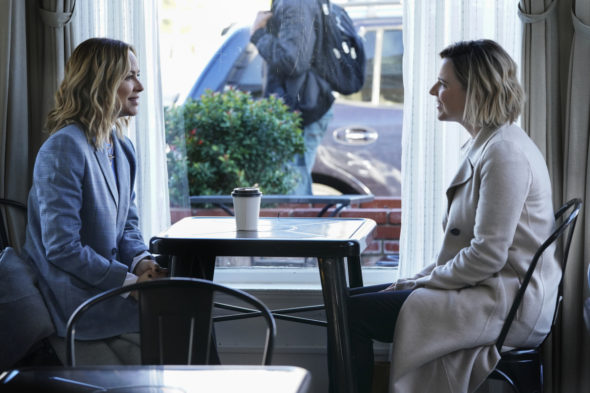 NCIS will see another character exit the series. Maria Bello, who plays Jacqueline “Jack” Sloane, is expected to depart the CBS series midway through the upcoming 18th season. The actress joined the show at the start of season 15 with a three-year contract.

Deadline reported that Bello will appear in eight episodes of the new season to wrap up the storyline for her character.

A premiere date for season 18 has not been announced yet, but CBS is hoping to have NCIS and most of its line-up return this fall.

What do you think? Are you a fan of Maria Bello’s character? Are you sad about her pending exit from NCIS?

I’m bummed! I liked her character and thought she and Gibbs might continue their relationship.

I thought maybe Jethro would date Jack. Maybe they would open up to each other even more than they have. Jethro needs someone to care about other than his team.!!!

A little ‘nookie’ for Gibbs wouldn’t hurt! (: Jack has proven her worth, both professionally & militarily, having been tortured and part of armed combat. She is sufficiently ‘bad-ass’ enough to play off the Gibbs character, IMO.

I believe she (Jack) leaves to proceed with a relationship and Adventure with her daughter.

I find “Jack” Sloane to be an interesting character and she adds a good balance to The NCIS team.. Sorry to see her leave…!!

Useless role, does nothing for the show. Sickly sweet. Best of luck in the future.

As a fan of NCIS since Day 1, I have had to adapt to the departure and arrival of the characters as it’s totally out of my control. However, I do think that Jack’s emotional support to Leroy has been interesting and Maria Bello has been a valuable member of the cast. She will be missed and I can only presume that her contract has expired and hopefully she is leaving to pursue other avenues in her career, and not that CBS decided she was expendable.