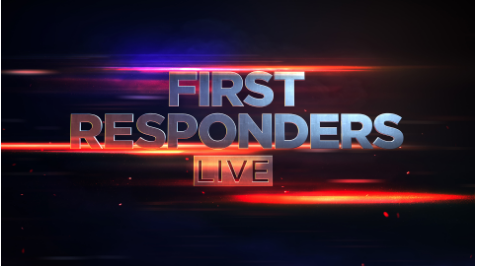 From Dick Wolf, the unscripted series “will provide a raw, in-depth look at the brave American heroes, including firefighters, police officers, EMS technicians and first responders, who put their own lives on the line as they race into danger to save others.”

FOX has picked up the all-new unscripted series FIRST RESPONDERS LIVE, giving viewers an unprecedented look at fearless first responders, as they answer emergency calls across the country. The series will debut Wednesday, June 12 (9:00-10:00 PM ET/PT) on FOX.

Hosted by Emmy Award-winning television journalist Josh Elliott, the series will provide a raw, in-depth look at the brave American heroes, including firefighters, police officers, EMS technicians and first responders, who put their own lives on the line as they race into danger to save others. Each week, the show will embed cameras in multiple cities across the country, to document a night in the life of these units. Elliott will provide live analysis and commentary, with help from a team of experts, as the show follows first-person accounts of the action.

“I am thrilled to work with the legendary Dick Wolf on a show that will give viewers a unique look at the bravest and most courageous among us, as they jump into the fray to rescue and save lives,” said Rob Wade, President, Alternative Entertainment and Specials, FOX Entertainment. “With the success of our drama, 9-1-1, viewers have a strong appetite for stories based in this world. Watching real first responders spring into action as they answer these calls will be a thrilling, edge-of-your-seat journey for viewers each week.”

“I have always been fascinated by the brave work of first responders, who face life-and-death decisions on a daily basis,” added Wolf. “FIRST RESPONDERS LIVE will give viewers a front row seat to paramedic, fire and police calls, and they will see the challenges of every type of emergency. It is truly the real-life version of ‘Chicago Fire,’ ‘Chicago PD’ and ‘Chicago Med.'”

Josh Elliott is an American television journalist who most recently worked for CBS News. He previously worked as the news anchor for “Good Morning America” and a sports anchor for NBC Sports and “Today,” and was a co-anchor for the live telecast of the morning edition of “SportsCenter.” In 2005, Elliott received a local Emmy Award in New York City for writing and contributing to “Angels.” Most recently, he hosted this past summer’s four-night special, “Yellowstone Live,” for National Geographic. Elliott is represented by UTA.

What do you think? Are you a fan of live shows? Will you check out First Responders Live?

I was just watching FRL and I have to change the station. These two female officers thought that it worth joking about a man getting shot in his private area. Take this show off the air.

I’m sorry, but Fox needs to get a host for its “live” program “First Responders Live”. In the programs I’ve watched, the current host makes incorrect and I’ll advised comments way too often. Maybe they should send him on some real calls to give him some real and true first hand experience. Maybe then he will understand what hi’s comments sound like.

The go-cart crash scene – you can see her nipple while she’s on the ground.

This is only on two weeks and it’s a repeat?

Like Kim said, show is too scattered. ATV gets hit by car and they go right to commercial break? LOL. Also too much commentary from the host and “experts”. I’ll stick with Live PD.

This was the first time I watched it. My opinion is the show was too scattered around. They should just stick to ONE story at a time and follow it through, not jump back and forth with all the stories. Also be more detailed on the injuries and what they found and what was done on these people. I was bored and it did not keep my attention. I think they need to rework the way they present this show . Just stick to one incident at a time , be done and move on to the next issue .… Read more »

As a volounteer firefighter for over 40 years I love doing that work no matter how hard the call is . Finally a show about TRUE HEROS not the hollywood type. Will be watching for sure

You’re right, we all know that 1st responders have loved ones and love lives but the TV dramas just spend too much program time on them and not enough time on the main premises of the shows, the emergency!

Can 911 Dispatchers be apart of this show please? We are THE FIRST,FIRST RESPONDERS!! We answer the call and provide EMD instructions and dispatch the Fire. Rescue or Law Enforcement. Im so disappointed in everyone dismissing the dispatchers as if we dont matter.

You folks are the unsung heroes. You have to deal with the panic and the initial hardship of the callers while trying to get the necessary details of the emergency for the first responders.

You still didn’t answer her question.

It needs to be at least 2 hours. With all the commercials we don’t get enough live show. But, I love the show!!!!!