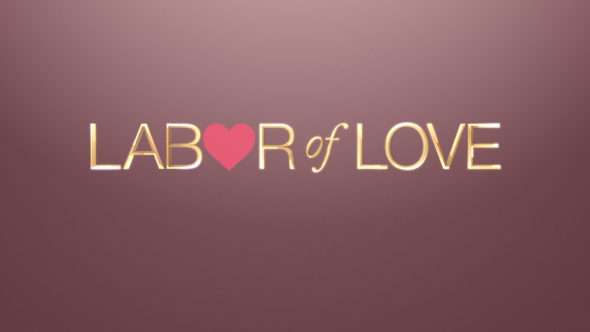 TV show description:
A dating series with a twist, Labor of Love takes viewers along on one woman’s unconventional journey toward potential love and motherhood. It is hosted by actress Kristin Davis.

In the first season, Kristy Katzmann is a 41-year old, smart, successful, and beautiful career woman. She seems to have it all — except the one thing she wants the most. Like so many women in America today, she is ready to have a child and start a family but has yet to meet the potential father of her children. Kristy is matched with 15 sexy, sophisticated, and like-minded men, who are ready to let their paternal sides shine.

Each week, the aspiring fathers-to-be are faced with challenges that put their parenting and partnership skills to the test. If they prove worthy, they will advance to the next week, and for those who don’t, Kristy will let them know that she does not see herself starting a family with them.

After eight weeks of intuitive and hilarious challenges, breathtakingly romantic dates and some heartwarming, yet borderline awkward gestures from the men, mother-to-be Kristy (with the help of Kristin as a sounding board), will decide if she has found the man with whom she’d like to settle down and start a family or if she’d rather continue on the path to motherhood on her own.

What do you think? Do you like the Labor of Love TV show? Do you think it should be cancelled or renewed for another season?

A HUGE CANCEL. MAYBE IT WAS JUST KRISTY. DIDN’T LIKE CONCEPT OF SHOW IN THE LEAST. KRISTY’S “PRINCESS” ATTITUDE WAS HORRIBLE TO WATCH.