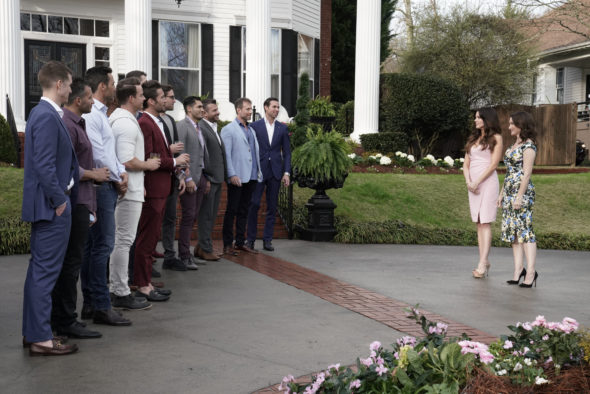 Will Kristy find a suitable mate in the first season of the Labor of Love TV show on FOX? As we all know, the Nielsen ratings typically play a big role in determining whether a TV show like Labor of Love is cancelled or renewed for season two. Unfortunately, most of us do not live in Nielsen households. Because many viewers feel frustration when their viewing habits and opinions aren’t considered, we invite you to rate all of the first season episodes of Labor of Love here. *Status update below.

A FOX dating series with a twist, Labor of Love takes viewers along on one woman’s unconventional journey toward potential love and motherhood. It is hosted by actress Kristin Davis. In the series, Kristy Katzmann is a 41-year old, smart, successful, and beautiful career woman who seems to have it all — except the one thing she wants the most. Like so many women in America today, she is ready to have a child and start a family, but has yet to meet the potential father of her children. Kristy is matched with 15 sexy, sophisticated, and like-minded men, who are ready to let their paternal sides shine. Each week, the aspiring fathers-to-be are faced with challenges that put their parenting and partnership skills to the test. Some will be eliminated and then, after eight weeks, mother-to-be Kristy (with the help of Kristin as a sounding board), will decide if she has found the man with whom she’d like to settle down and start a family or, if she’d rather continue on the path to motherhood on her own.

What do you think? Which season one episodes of the Labor of Love TV series do you rate as wonderful, terrible, or somewhere between? Do you think that Labor of Love should be cancelled or renewed for a second season on FOX? Don’t forget to vote, and share your thoughts, below.

*Status update: FOX has cancelled Labor of Love, so there won’t be a second season.

I liked the show until the episode where she went to the 3 men’s hometown. Don’t think Marcus should have been sent home. Didn’t feel her reason was valid. Wasn’t sure if I would eve watch the season finale after that