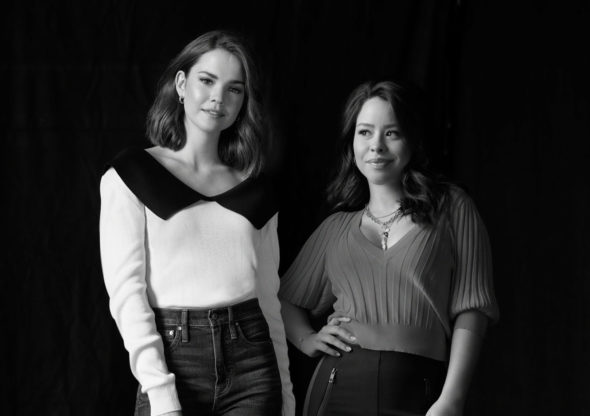 Callie and Mariana’s adventures will continue. Freeform has renewed the Good Trouble TV show for a fourth season which will debut in 2022. The third season’s extended finale aired tonight.

A drama series, Good Trouble stars Maia Mitchell, Cierra Ramirez, Emma Hunton, Sherry Cola, Tommy Martinez, Zuri Adele, Josh Pence, and Beau Mirchoff. The story centers on Callie (Mitchell) and Mariana (Ramirez) from The Fosters series as the sisters spread their wings and establish themselves as young adults in Los Angeles. Season three picks up as Callie moves back into the Coterie, Mariana feels torn between Raj (Dhruv Udayh) and Evan (TJ Linnard), Malika (Adele) prepares for her hearing after breaking Judge Wilson’s (Roger Bart) restraining order, Davia (Hunton) and Dennis (Pence) explore the future of their relationship, Gael (Martinez) looks to get back to his true passion, Alice (Cola) takes her comedy to the next level, and Jamie (Mirchoff) wonders if he can ever forgive Callie for betraying him.

The renewal announcement was made via social media:

What do you think? Do you enjoy the Good Trouble TV show? Are you happy to hear that the Freeform series has been renewed for a fourth season?

Though full of “Woke” messaging, as a conservative, just love this show! Love the characters & authentic corporate dynamics. So very happy to see the show was renewed for Season 4!

I love this show, all the characters are relatable to our lives today. And deal with issues that have been going on for years.

Love the show – glad it renewed.

Mai Mitchell is a fantastic actress. Would love to keep seeing her in countless episodes